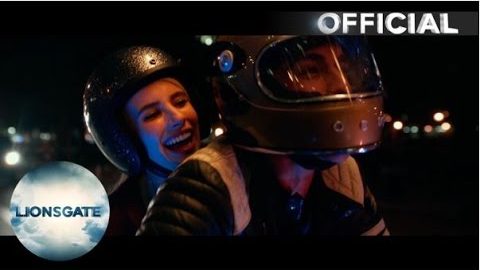 Bursting with adrenaline-charged action sequences, neon lights and an energizing soundtrack featuring music from MØ, Basenji, Crystal Stilts and BØRNS, NERVE is the must-have film to own this Christmas.

When pressured by friends to join the popular online game NERVE, Vee (Emma Roberts) decides to sign up for just one dare in what seems like harmless fun, but when she is partnered with a mysterious stranger (Dave Franco) she finds herself caught up in the thrill of the adrenaline-fueled competition. When the game takes a sinister turn, with increasingly dangerous acts, Vee is lead into a high stakes finale that will determine her entire future…
Also starring Academy-Award nominated Juliette Lewis (Natural Born Killers) and introducing a host of fresh upcoming stars; Emily Meade (Money Monster), Machine Gun Kelly (Beyond the Lights), Kimiko Glenn (Orange is the New Black) and Samira Wiley (Orange is the New Black).