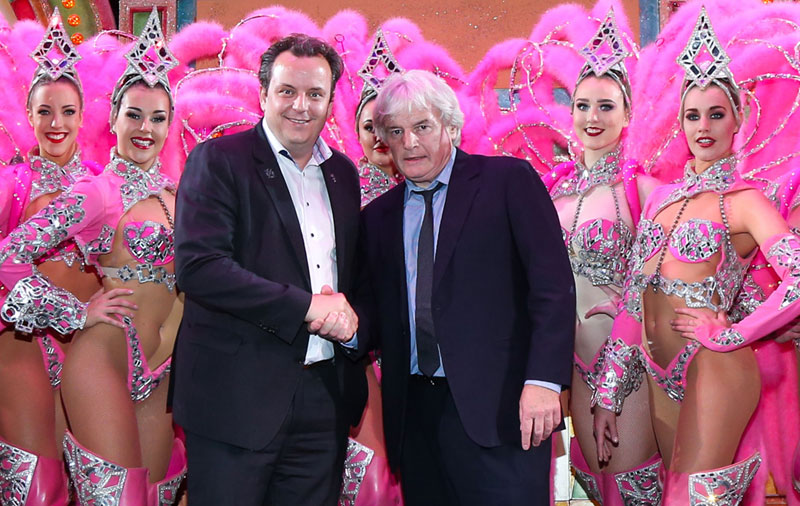 Eurosat – CanCan Coaster, the new attraction of Europa-Park in association with the Moulin Rouge.

A new attraction inspired by Paris and the Moulin Rouge universe will be launched by summer 2018 in Germany at Europa-Park, which has been awarded best theme park in the world for four consecutive years. 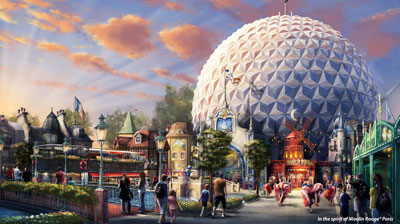 This is a first for the Moulin Rouge, which had never worked with a theme park before. These two entertainment references met naturally, as both are famous throughout the world for their quality and the unique experiences they propose. They decided to work together for renewing the 45 meters high rollercoaster. Signing took place in Paris at the Moulin Rouge between Jean-Jacques Clerico, chairman of the Moulin Rouge and Michael Mack, managing Partner of Europa-Park.

At the present time, the famous “Eurosat” rollercoaster, the main attraction of the French themed area at Europa Park, is being renewed to give a new look that will showcase the 19th Century Paris by summer 2018. On the facade overlooking the rollercoaster entrance, visitors will admire an accurate reproduction of the Moulin Rouge at the Belle Epoque time. Inside, they will discover a well-decorated space full of references to the Moulin Rouge and Parisian symbols, before boarding in the cars of the “Eurosat – CanCan, Coaster” to live an experience in the dark at the heart of the City of Lights. 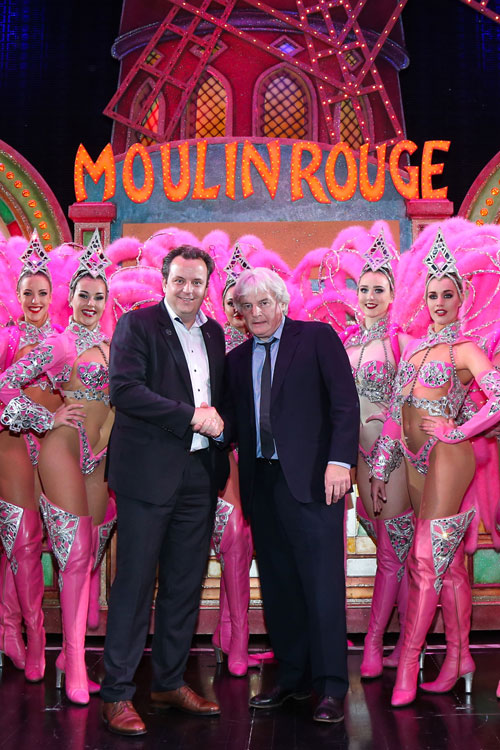 Driven by the same desire for innovation and creation, these two family-owned companies from two neighbouring countries were made for each other.

With more than 5.6 millions visitors every year, Europa-Park is well known worldwide for its realistic settings and its attention to details. The park, located in Rust in the “3 borders country” (Germany, France and Switzerland), opened in 1975 on the initiative of the Mack family, founder of Mack Rides in 1780. Since then, the park keeps growing with 15 theme areas, more than 100 attractions and shows including 13 rollercoasters, 300 artists and some 20 stages!

With more than 600,000 spectators every year, the Moulin Rouge is also well known worldwide. From 1889, the Moulin Rouge has been the amazing place where emotions, surprises and the bustle of Parisian night life are born, lived, invented and shared. A cabaret and popular dance hall at its opening during the Belle Epoque, an iconic music hall during the golden twenties, a cinema and theatre, the Moulin Rouge has always succeeded in adapting to new trends of entertainment.

Today, the Moulin Rouge and its 80 artists present the spectacular Feerie show: two hours of wonder combining dance main scenes, attractions and surprises, without forgetting the French Cancan, the most famous dance of the Moulin Rouge. Every evening, it is a dreamlike world performed on stage: 1000 costumes full of feathers, rhinestones and sequins, amazing performances, sumptuous settings and original music.