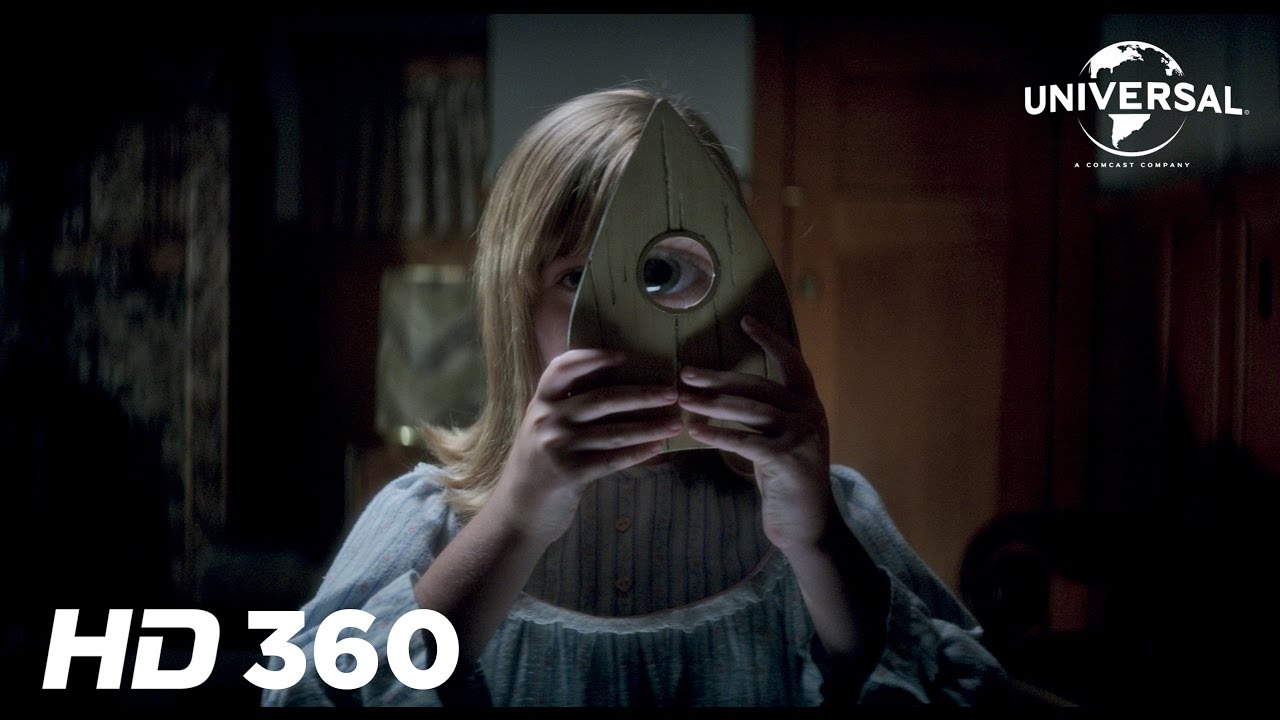 Discover the horror of the Ouija board in this immersive 360 VR experience.

In Ouija 2, the follow up to 2014’s sleeper hit, a family must confront their most terrifying fears when they unleash an evil from the other side that only they can send back.
The next chapter of the supernatural thriller series inspired by the ancient spirit board is once again produced by Platinum Dunes partners Michael Bay, Brad Fuller and Andrew Form (The Texas Chainsaw Massacre, The Purge series, Teenage Mutant Ninja Turtles), Blumhouse Productions’ Jason Blum (The Purge and Insidious series), alongside Hasbro’s Brian Goldner (Transformers and G.I. Joe series) and Stephen Davis (Ouija). Mike Flanagan & Jeff Howard (Oculus) wrote the screenplay, and Universal will distribute the film worldwide.