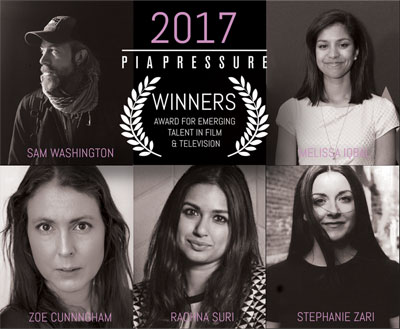 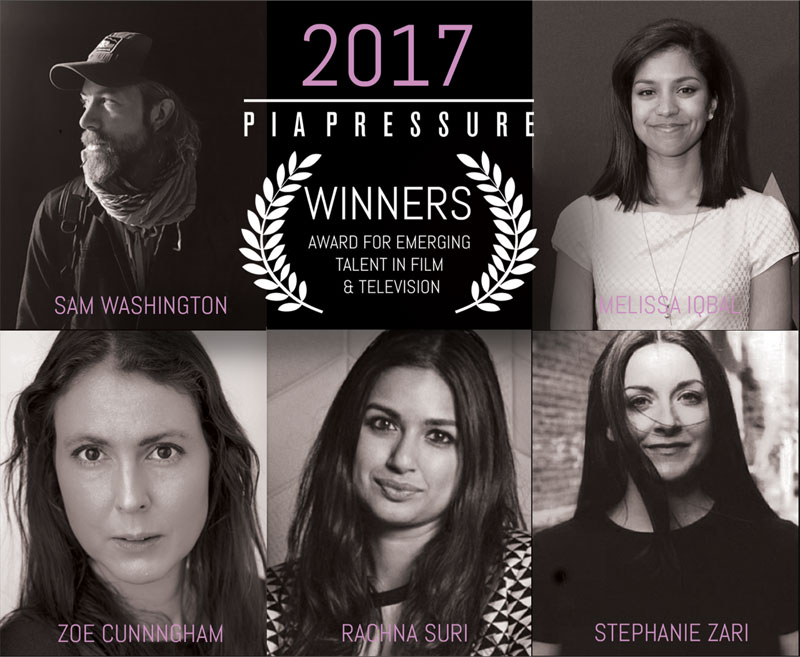 Pia Pressure, a TV and film production company that puts emerging talent at the heart of its slate have announced the winners of The Pia Pressure Awards, selecting five winning teams to support from hundreds of applicants.

After graduating from the National Film and Television School, Melissa has gone on to write the pioneering ‘Sandman’ game designed for Oculus Rift and become part of a writer’s room for Charlie Brooker’s Black Mirror. Her graduation script ‘The Death Engine’ was shortlisted for BAFTA Rocliffe’s New Writing Forum, appeared on the Brit List and is now in development with Warp Films. She has participated in the EIFF’s Network and BAFTA’s Guru Pro Film schemes as well as adapting a YA novel for Warner Bros. She is currently writing a TV pilot for Sky Atlantic.

Sam has received his Pia Pressure Award to direct a proof-of-concept short film for a feature that Sam has co-written with Noel Clarke and that is being produced by Unstoppable Entertainment.

British director, Rachna, works internationally across film, broadcast and commercials. She previously worked on the Oscar-nominated Children of Men and has worked on content for Channel 4, BBC and ITV. Her short film ‘Our Lad’ was part of the Official Selection at prestigious festivals such as Seattle International Film Festival, Raindance Film Festival and the BFI London Film Festival. Named as one of Screen International’s Stars of Tomorrow, Rachna was selected by the BBC to direct ‘Playing Ball’ as part of the second series of original drama shorts for BBC3/iPlayer.

The New Voices Award is a prize for new and up and coming filmmakers, with an emphasis on female filmmakers, under represented filmmakers, and original voices.

Award winning writer/director/producer Stephanie’s latest short film, ‘Being Keegan’ stars BAFTA nominated Stephen Graham (This is England, Pirates of the Carribbean) and is currently in post-production. The film’s trailer was released to huge success and was named Indiewire’s Project of the Week, along with being shortlisted for the Screencraft Short Production Award.

Actor and producer Zoe Cunningham trained at RADA and has gone on to find success onstage. She produced her first short film, Symptoms, in 2016, and to date has had it selected for eight international film festivals, along with winning three awards.

Zoe’s is about to begin shooting her Pia Pressure funded Pilot, ‘Z List’.

Submissions for the 2017 Pia Pressure awards open on March 20th and close on April 20th. Applicants can visit www.piapressure.com for more information.