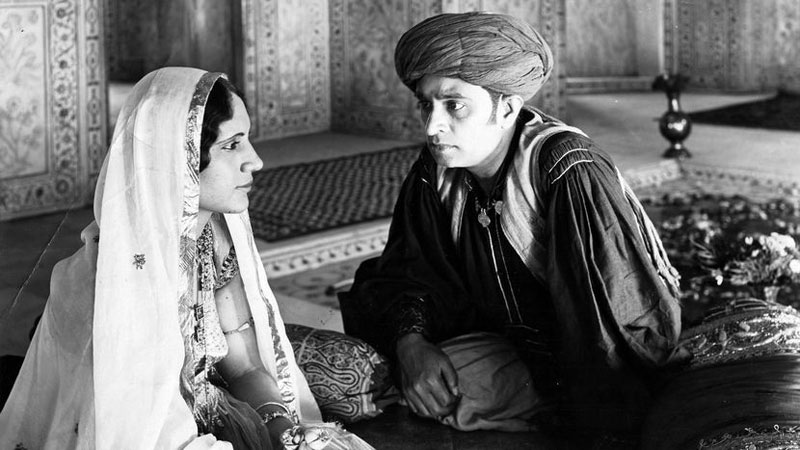 Friday: 6th October 2017 London, UK – Today, Rakuten TV are pleased to announce that they have concluded a deal to become an Official Partner of The 61st BFI London Film Festival, in partnership with American Express. The festival begins on October 4th and runs until October 15th. The partnership follows Rakuten TV’s strategy to become a key player in the UK film industry as it strives to bring the best of cinema to your home via its Video on Demand service.

The prestigious festival will host the World Premiere and Archive Gala of Shiraz: A Romance in India presented in partnership with Rakuten TV. This epic, ravishing and romantic silent film pays homage to one of world’s most iconic structures: the Taj Mahal. Shiraz has been rescored and remastered as part of the BFI’s contribution to the UK-India Year of Culture 2017. On the night, the score will be performed by world-renowned sitar player and composer Anoushka Shankar accompanied by her hand-picked eight-piece ensemble.

As one of the official partners of The 61st BFI London Film Festival, Rakuten TV will have significant branding presence in the main venues of this iconic celebration of cinematic excellence.

Clare Stewart, Festival Director, BFI London Film Festival, says “The BFI London Film Festival is pleased to welcome a new partner on board for this year’s edition and delighted that the Archive Gala will be presented in partnership with Rakuten TV. We are thrilled that Shiraz will reach wider audiences through Rakuten TV and allow more film lovers to discover this film treasure.”

Simon Homent, European Content Director Rakuten TV says “We are thrilled to have secured a partnership with the UK’s largest film event – The 61st BFI London Film Festival. As well as being an amazing platform to raise awareness of our Rakuten TV brand, the deal means bringing our aim of greater synergy between cinema and VOD to the fore. Our users love watching movies on their Smart TVs. This is why we want to increase our collaboration with the film industry – being on the UK’s most important red carpet is definitely coherent with this strategy”.

Rakuten TV is Your Cinema At Home – https://uk.rakuten.tv