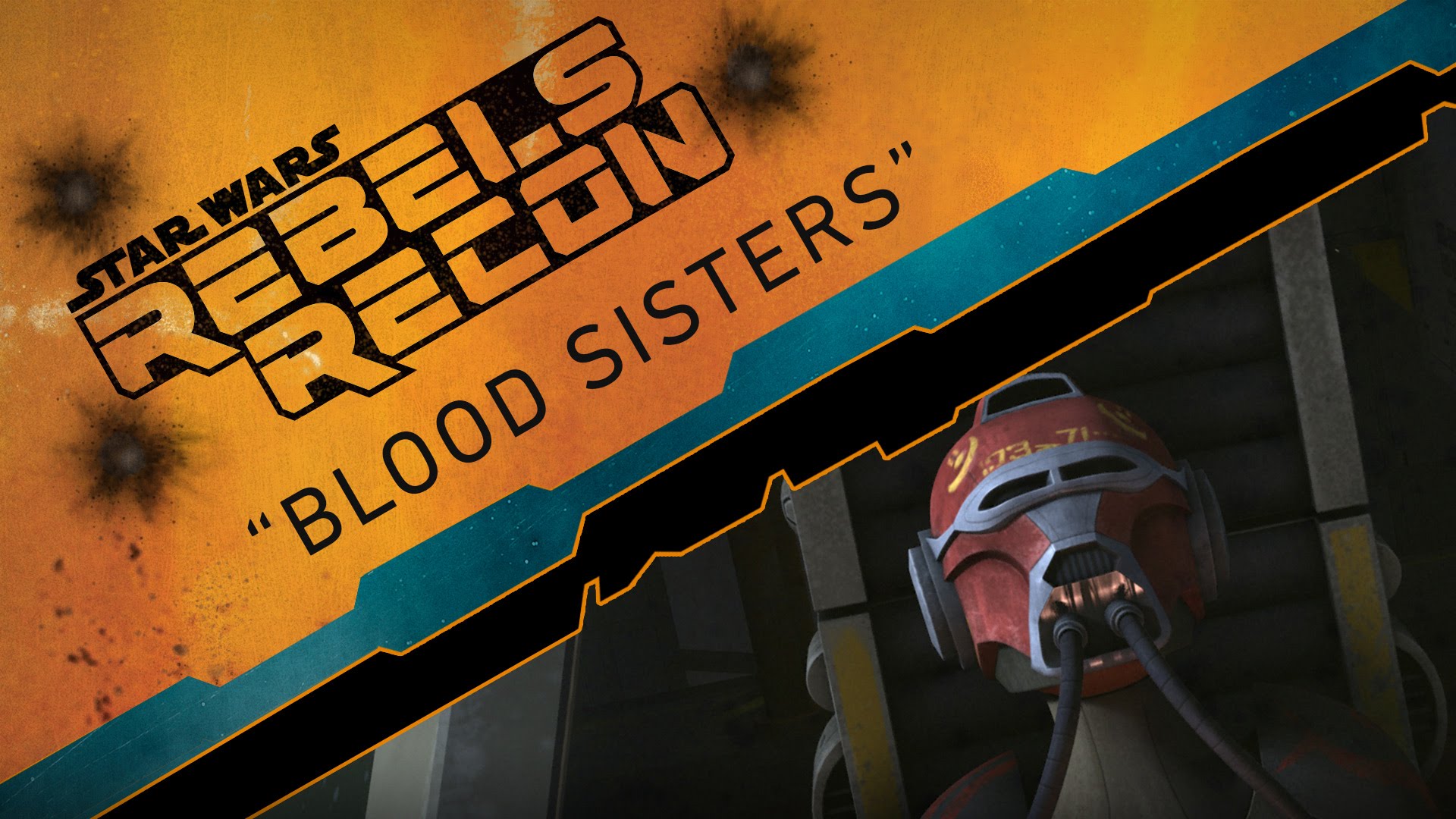 In this installment of Rebels Recon, StarWars.com investigates “Blood Sisters,” talking to cast and crew about Sabine’s run-in with an old friend — and has an exclusive clip of the next episode of Star Wars Rebels, “Stealth Strike.”

StarWars.com’s Andi Gutierrez talks with co-executive producer Henry Gilroy about Sabine’s past with Ketsu as Imperial cadets who then deserted. “As time went on, they were kind of stuck with each other, formed this bond,” he says. “ But Sabine gradually began to realize that Ketsu might not have been the best person for her.”

Executive producer Dave Filoni explains that Sabine didn’t just go from the Academy to the rebellion — she was a bounty hunter in between. Ketsu, whose look is very Star Wars, was an abandoned design from Star Wars: The Force Awakens. And all the designs on her armor have meaning…

“Blood Sisters” also features the first Gonk droid in a starring role: EG-86. The Story Group’s Pablo Hidalgo notes that in early drafts, EG was not a Gonk droid. “It was a very long and evolving process,” he says.