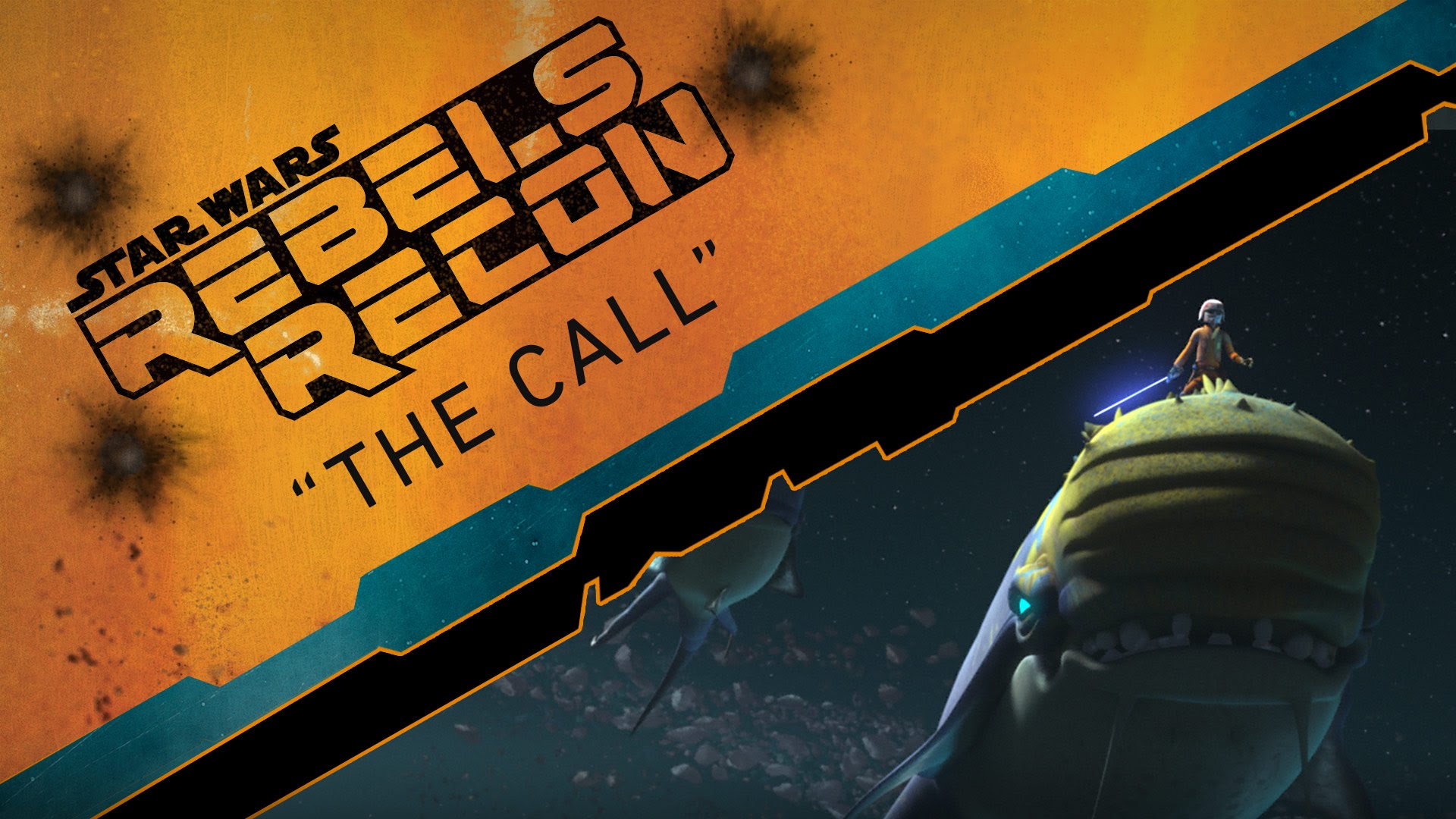 In this installment of Rebels Recon, StarWars.com goes inside the Star Wars Rebels episode “The Call” with creator interviews and more.

“This episode was really about showing how Ezra is continuing to broaden his abilities with the Force and how he can commune with other living creatures,” says co-executive produce Henry Gilroy. In addition, it pulls back the curtain on some Star Wars lore: the origin of the hyperdrive.

“I began to think that what if the first hyperspace travel wasn’t technological,” executive producer Dave Filoni says, “but that it was nature and that there were creatures that people could witness, that could jump to hyperspace.” Those creatures are the whale-like purrgil, which Ezra connects with through the Force throughout “The Call.” This episode also explores the Mining Guild, first mentioned in The Empire Strikes Back.

Finally, Lucasfilm’s Andi Gutierrez tracks down Pablo Hidalgo of the Story Group for two questions: one regarding time dilation, and the other on the difference between wild space and the Unknown Regions…