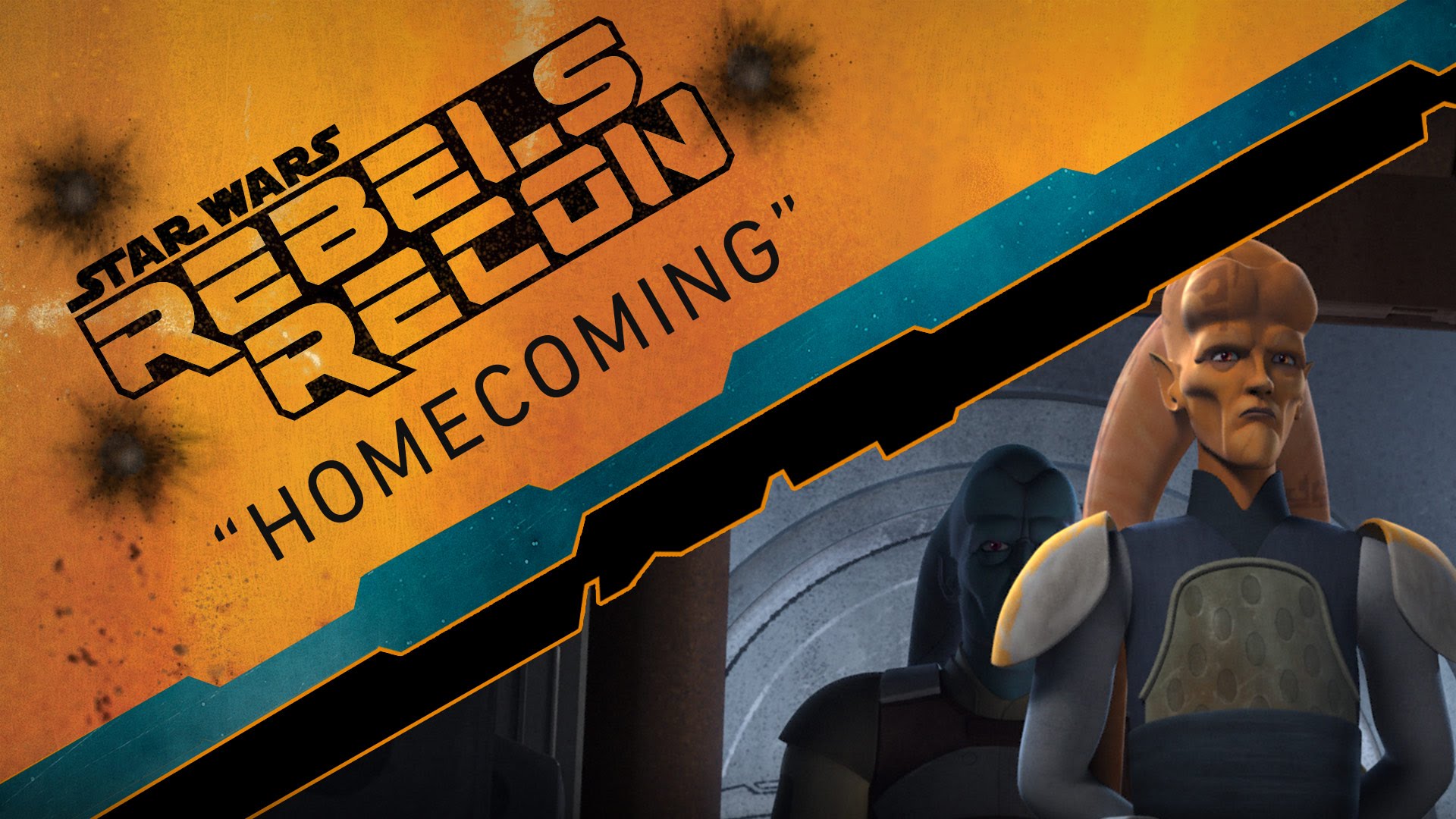 In this installment of Rebels Recon, StarWars.com goes inside the Star Wars Rebels episode “Homecoming” with creator interviews and more.

The creators dive into Cham Syndulla’s current state and his strained relationship with Hera. “The sad thing about Cham to me is that he’s been fighting his whole life,” says executive producer Dave Filoni. Lucasfilm Story Group’s Pablo Hidalgo adds, “He’s definitely become more of a zealot.”

In regards to the Syndullas relationship, Hidalgo mentions that the different viewpoints between the two could have stemmed from Hera’s time as a pilot. “She’s quite literally able to get the bird’s eye view of situations and then that can inform her point of view.”

Freddie Prinze Jr. sheds some light on Kanan’s uneasy introduction to Cham explaining it’s not just admiration for an honored general. “It’s more that direct connection to his lineage of Jedi.”

And what has Numa been up to? “She’s naturally taken up arms to protect her people,” Filoni explains.

Finally, Lucasfilm’s Andi Gutierrez catches up with java junkie Pablo Hidalgo for a question regarding Kanan and Ezra’s ability to survive in space with only a helmet.