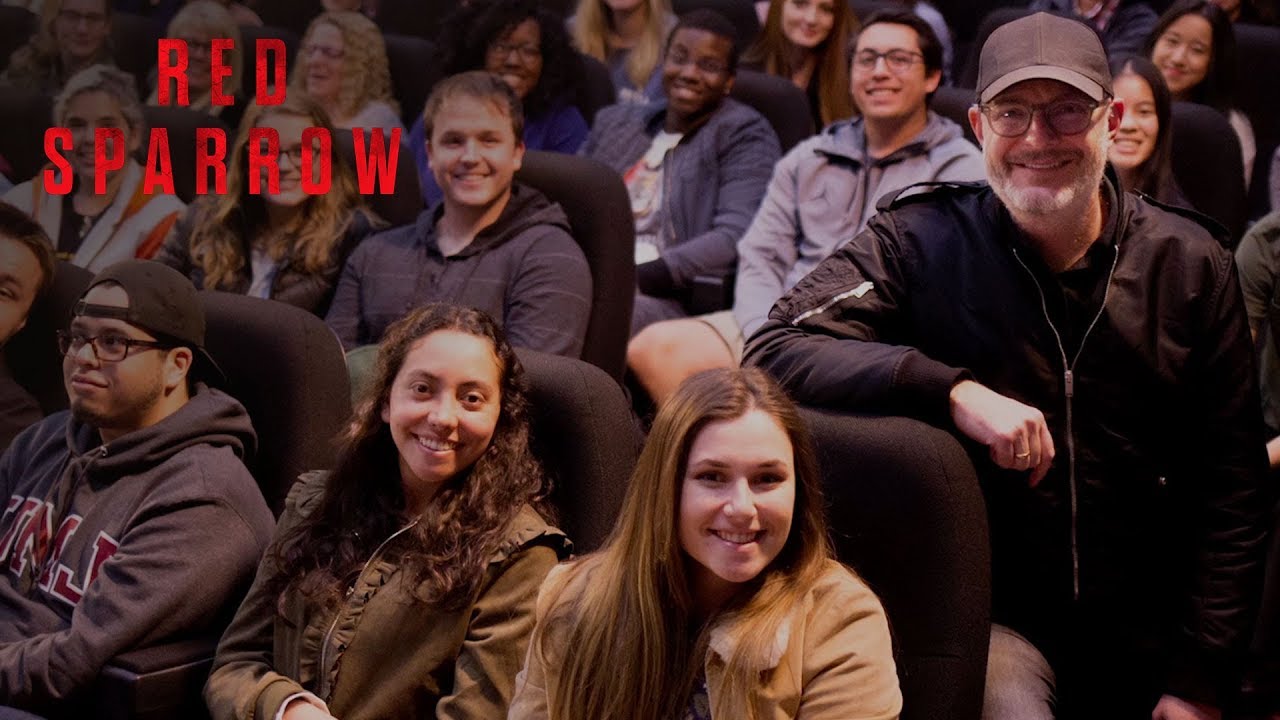 On opening night, film students across the country were invited to join a special screening of Red Sparrow, followed by a Q&A with director Francis Lawrence.