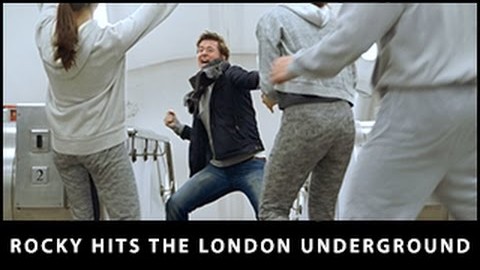 Find out what happened to a series of unsuspecting commuters on their way to work as we surprised them with a brass band performing the Rocky theme tune when they climbed the stairs!

Award-winning filmmaker Ryan Coogler’s Creed explores a new chapter in the “Rocky” story and stars Academy Award nominee Sylvester Stallone in his iconic role. The film also reunites Coogler with his “Fruitvale Station” star Michael B. Jordan as the son of Apollo Creed.