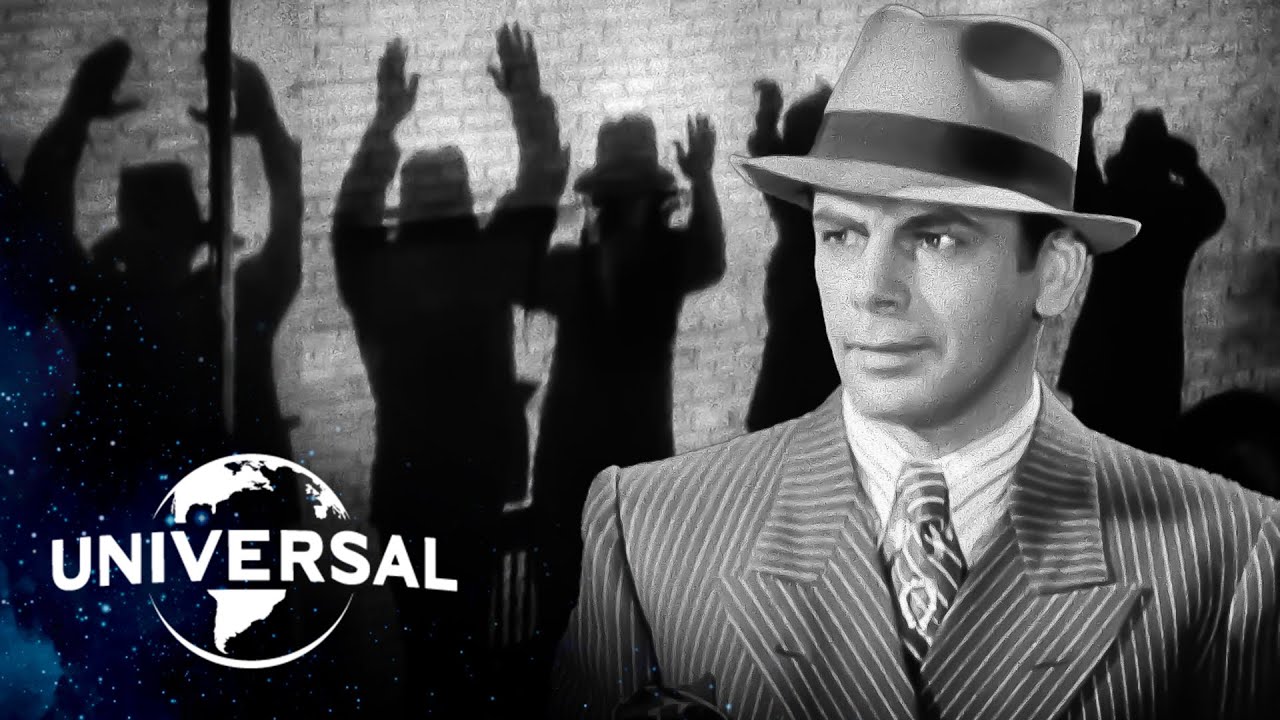 After a close call with O’Hara’s gang, Tony Camonte (Paul Muni) gets his hand on his own Tommy gun. He gathers up some muscle and takes the fight to O’Hara’s gang on the north side of Chicago.

Film Synopsis:
One of the most influential movies of all time, the original Scarface is an exciting story of organized crime’s brutal control over Chicago during the Prohibition era. Academy Award winner Paul Muni gives an electrifying performance as Tony Camonte, an ambitious criminal with a ruthless drive to be the city’s top crime boss. Produced by the legendary Howard Hughes and directed by Howard Hawks, this compelling tale of ambition, betrayal and revenge is a groundbreaking masterpiece that influenced all gangster films to follow. Filmed during the “pre-code” era before censorship shaped the way movies were made, “this powerful gangster film is the most potent of the 1930s” (Leonard Maltin’s Classic Movie Guide).