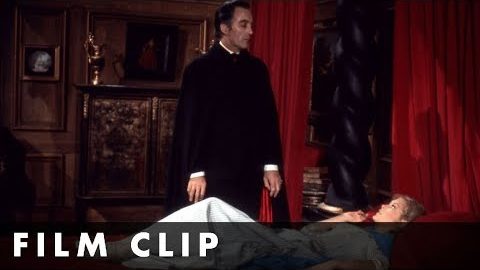 Brought back from his dead mouldering remains with blood drooled on them by one of the bats he commands, Count Dracula once again spreads his evil from his mountaintop castle. When libertine Paul Carlson disappears one night, his more sober brother Simon and his girlfriend trace him to the area, discovering a terrified populace. Thrown out of the inn, they make their way, like Paul before them, towards the sinister castle and its undead host.