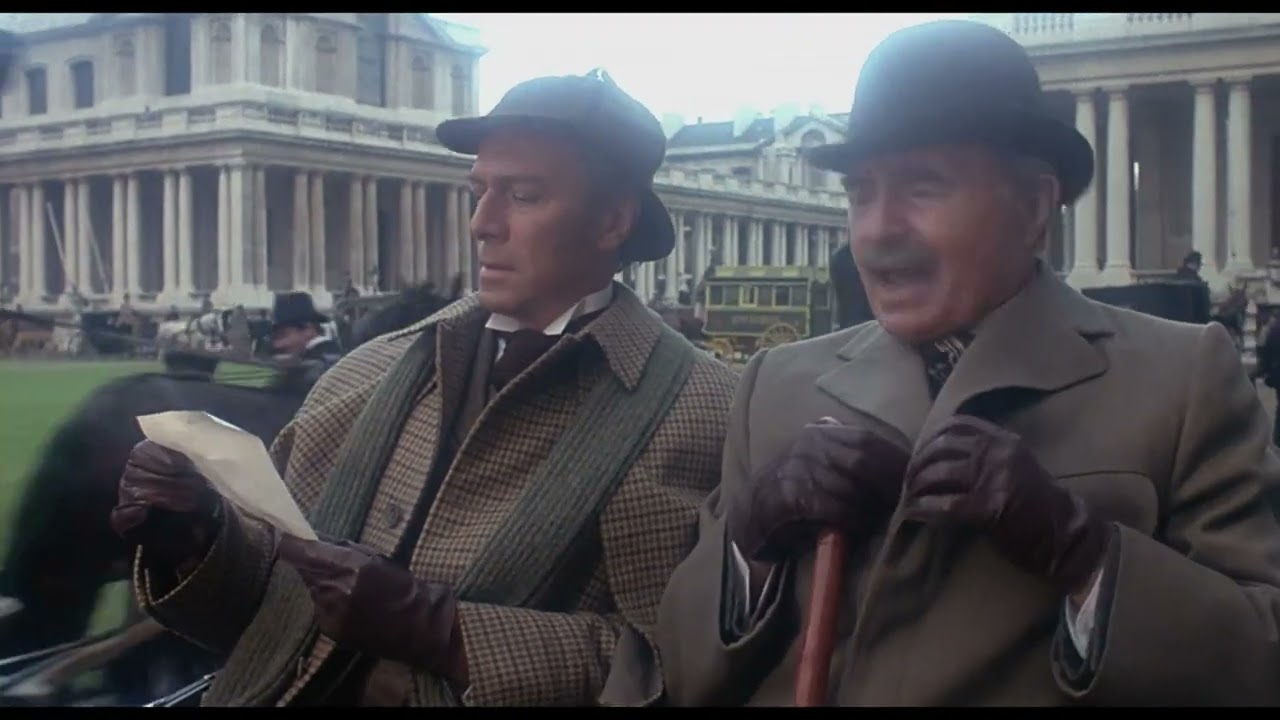 In this brand-new restoration of the 1979 classic, Sherlock Holmes hunts his deadliest adversary – Jack the Ripper! When Scotland Yard is unable to stop the gruesome rampage of Jack the Ripper, a citizen’s committee asks Sherlock Holmes (Christopher Plummer) and his trusted associate Dr. Watson (James Mason) to investigate. But even if Holmes’ remarkable powers of deduction can unmask the maniacal fiend, can he and Watson face the most shocking secret of all?Find out in this masterful suspense thriller directed by Bob Clark (A Christmas Story) that both fans and critics have called the most exciting and original Sherlock Holmes movie ever made.

Yours to own now: https://www.amazon.co.uk/Murder-Decree-Sherlock-Holmes-DVD/dp/B006C1CJR8