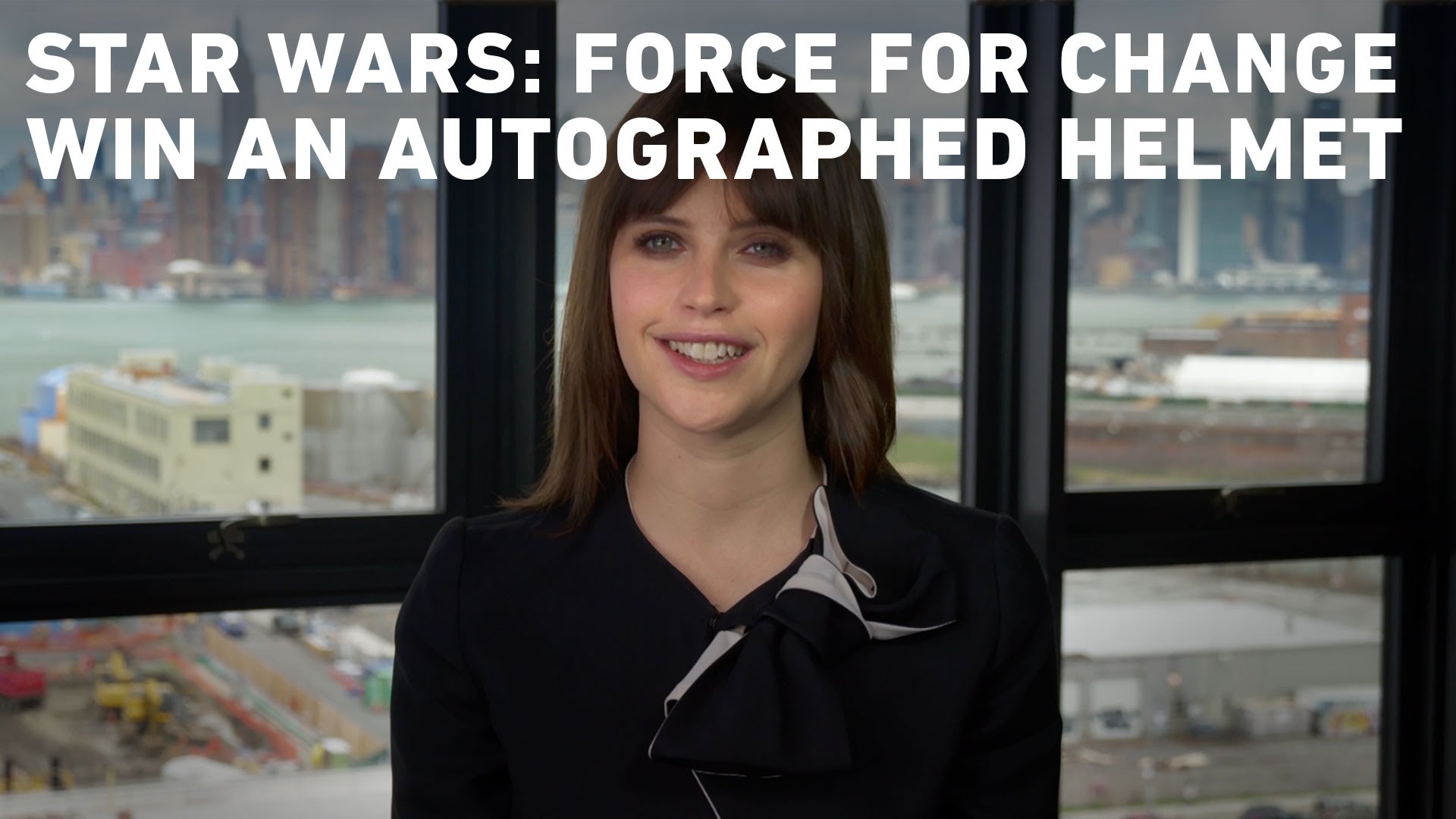 Rogue One: A Star Wars Story star Felicity Jones reveals the prize for this week’s top Star Wars: Force For Change fundraiser: a wearable Rogue One stormtrooper helmet autographed by the cast! In addition, Star Wars: Force for Change will match the donations of Star Wars fans to four select charities up to $1 million until May the 4th.

Show your Force and donate at http://CrowdRise.com/ForceForChange.

NO PURCHASE OR DONATION NECESSARY. Must be at least eighteen (18) years of age or the age of majority in your jurisdiction, whichever is greater, at the time of entry and an individual legal resident of, and is physically present in, the 50 United States or the District of Columbia. Starts on April 12, 2016 at 9:00am PT and ends on April 18, 2016 at 11:59:59pm PT. To enter, follow the on-screen instructions to fundraise and raise the greatest amount of money online during the Contest Period. ARV: $800. For complete rules and eligibility requirements, go to http://bit.ly/1N59dCL. Sponsor: CrowdRise, 130 West 5th Street, Royal Oak, MI 48067. Prize Provider: Lucasfilm Ltd. All trademarks are the property of their respective owners. Void where prohibited.