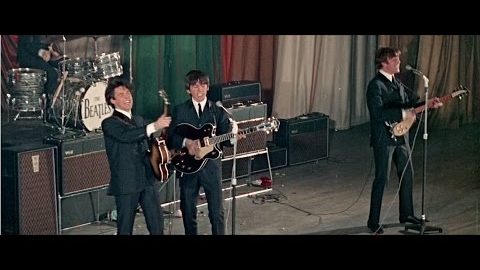 Only in cinemas September 15th. For news and information on when tickets go on sale visit: http://www.thebeatleseightdaysaweek.com/

Featuring rare and exclusive footage from the early Beatles’ journey in the days of The Cavern Club in Liverpool to their last concert at Candlestick Park in San Francisco in 1966.

The Beatles: Eight Days A Week – The Touring Years is based on the first part of The Beatles’ career (1962-1966) – the period in which they toured and captured the world’s acclaim.