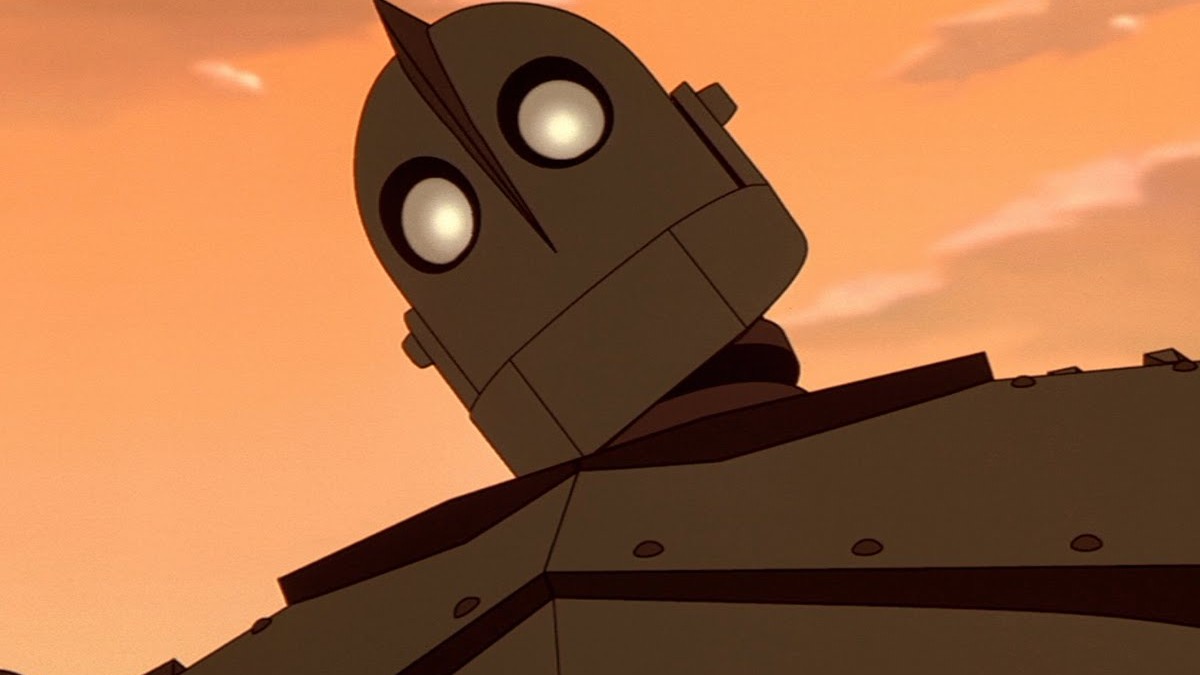 Brad Bird’s directorial debut, THE IRON GIANT, is back in theaters with two all-new scenes for a special two-day event. Get tickets from Fathom Events here: http://bit.ly/TheIronGiantTix

When “The Iron Giant” arrived in theaters in 1999, it was hailed as an “instant classic” by Joe Morgenstern of The Wall Street Journal, and the world soon learned another giant had arrived as well: filmmaker Brad Bird, who made his stunning directorial debut with this film and has gone on to win two Oscars, as well as worldwide acclaim for his work on both animated and live-action features. Winner of nine Annie Awards, “The Iron Giant” is being re-mastered and enhanced with two all-new scenes.

The film takes place in October of 1957, when America had plenty to be worried about. Rock ’n’ roll. Television. The bomb. And on the fourth day of that month, the Soviets successfully launched the first manmade satellite, Sputnik, into orbit. The space race had officially begun. The Cold War just got colder. People were unsure about their neighbors, even questioning their friends.

In the small town of Rockwell, Maine, Annie Hughes (voice of Jennifer Aniston) is just worried about putting supper on the table for herself and her nine-year-old son, Hogarth (voice of Eli Marienthal). A single mother holding down a job at the local diner, Annie has her hands full with Hogarth—headstrong and imaginative, always on the lookout for the latest attempted takeover by mutant aliens or subversive invaders.

So when a local fisherman comes into the diner with a tall tale about a huge metal man falling into the sea, the only one to pay him much attention is Hogarth, who sets out exploring to find the enormous robot. What he does find is a 50-foot giant with an insatiable appetite for metal and a childlike curiosity about its new world.

Rumors of everything from an alien invasion to a Russian secret weapon bent on destroying Rockwell soon spread through the small town, prompting the arrival of government agent Kent Mansley (voiced by Christopher McDonald). Keeping one step ahead of Mansley, Hogarth convinces his beatnik friend Dean (voiced by Harry Connick, Jr.) to hide the Iron Giant (voiced by Vin Diesel) in Dean’s junkyard.

But it isn’t long before the rumors turn into paranoia—the situation escalates and the possible destruction of Rockwell looms. Hogarth turns to his friend, the Iron Giant, who ultimately finds its humanity by unselfishly saving the town’s residents from their own fears and prejudices.

In times like these, you really find out what your friends are made of…sometimes, it’s even metal.

Warner Bros. presents “The Iron Giant,” a full-length animated motion picture directed by Brad Bird. Produced by Allison Abbate and Des McAnuff, the screen story is by Brad Bird and the screenplay is by Tim McCanlies, based on the book The Iron Man, by British Poet Laureate Ted Hughes. It was executive produced by Pete Townshend and the music is by Michael Kamen. The film also stars the voices of James Gammon (as Marv Loach / Floyd Turbeaux), Cloris Leachman (as Mrs. Tensedge), John Mahoney (as General Rogard) and M. Emmet Walsh (as Earl Stutz). “The Iron Giant” is distributed by Warner Bros.

“The Iron Giant: Signature Edition” will be re-released in theaters across North America for a special Fathom Events screening on Wednesday, September 30, with an encore event on Sunday, October 4.