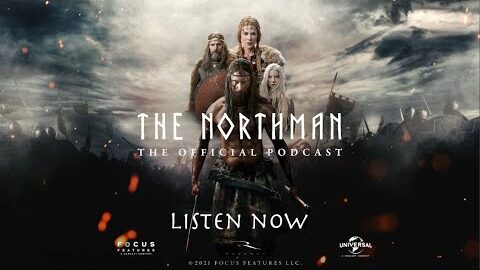 New Official Podcast takes a deep dive into the critically acclaimed epic from visionary writer-director Robert Eggers (The Witch, The Lighthouse). THE NORTHMAN is a gripping revenge thriller that explores just how far a Viking prince will go to seek justice for his murdered father, with an all-star cast that includes Alexander Skarsgård, Nicole Kidman, Claes Bang, Anya Taylor-Joy, Ethan Hawke, Björk, and Willem Dafoe.

In this hour-long interview special, film critic Christina Newland speaks with Robert Eggers about his vision for the film and meets some of the all-star cast and talent that have brought this story to screen, including Alexander Skarsgård, Anya Taylor-Joy and Björk as well as the remarkable creative talents who worked behind the scenes, director of photography Jarin Blaschke and costume designer Linda Muir.