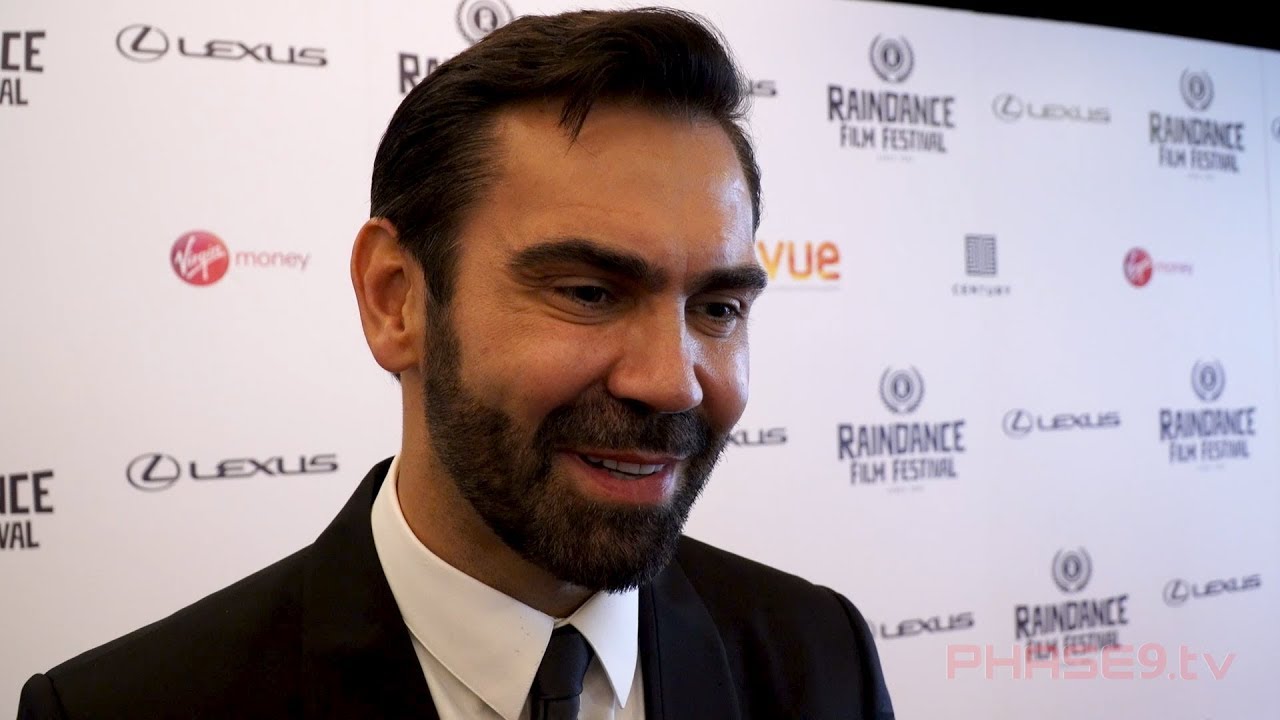 Tom Benedict Knight talks to Phase.tv when he attended the Raindance opening gala red carpet of “Oh Lucy!” about his latest movie Kingsman: The Golden Circle, in which he plays the character of Angel.

Phase9: Hi, thanks so much for talking to us Tom, could you just tell us a bit about the film in your own words?

Tom Benedict Knight: Well, the Kingsman the Golden Circle what can I say, it’s a roller coaster ride of madness basically completely insane, I think Matthew Vaughn’s taken the very successful original movie and created a brand new film, which doesn’t have as much as it seems to have to do with the old movie, so it’s gonna open some eyes it’s very cool indeed.

Phase9: Can you tell us a bit about the character you’re playing in the film?

Phase9: What was it about the character that made you take it, what specifically were you drawn to based on the character?

Tom Benedict Knight: Well, for me it was like a comedic role, you know and most of the roles that I’ve had so far have been as a dramatic actor, so it was a very dark and sinister role but at the same time it’s hugely funny thanks to Matthew Vaughn’s writing and directing, so that was really one of the things that kind of made me really intrigued about the character, but quite frankly when you get a role in Kingsman you just take it, so there you go, who are we kidding.

Phase9: What was your favourite scene to film?

Tom Benedict Knight: [laughs] Well, I was amazed, I mean I think they shot about four hours of footage and they’ve cut it down to less than two and all of the scenes that I did made it into the movie, so I was like amazed and the one to answer your question, the favourite one I did was, was actually a scene that I did with Keith Allen who’s one of my – alongside Julianne Moore, one of my childhood favourite actors, loved Keith Allen, so I got to do some terrible stuff with Keith Allen which is super fun and I’ll give the game away if I tell you about what happens in the scene but it was great. Julianne Moore, Keith Allen and myself in this, this very cool scene.

Phase9: I will definitely be keeping an eye out for that one and what do you think viewers can expect from the film?

Tom Benedict Knight: Well, I think that they’re gonna find a wonderful premise which kind of gives more volume in a bigger world to the original premise of Kingsman, so in the original movie we found out about this fantastic sort of super cool agency that Taran’s character (Eggsy) joins and now we’re gonna find out – that essentially the whole world has the scope to become part of that storyline and maybe even further than that, so I think that people who are Kingsman fans will certainly take great pleasure in seeing the scale of it, just the scale of it and the new characters and new ideas that are introduced, so yeah.

Phase9: Do you think you have what it takes to be a spy?

Tom Benedict Knight: Absolutely not, but definitely a villain [laughs]. Yeah, I’m not waiting – definitely not as dignified enough to be a spy but a villain yes, probably.

Phase9: Lovely, thank you so much, what a pleasure.