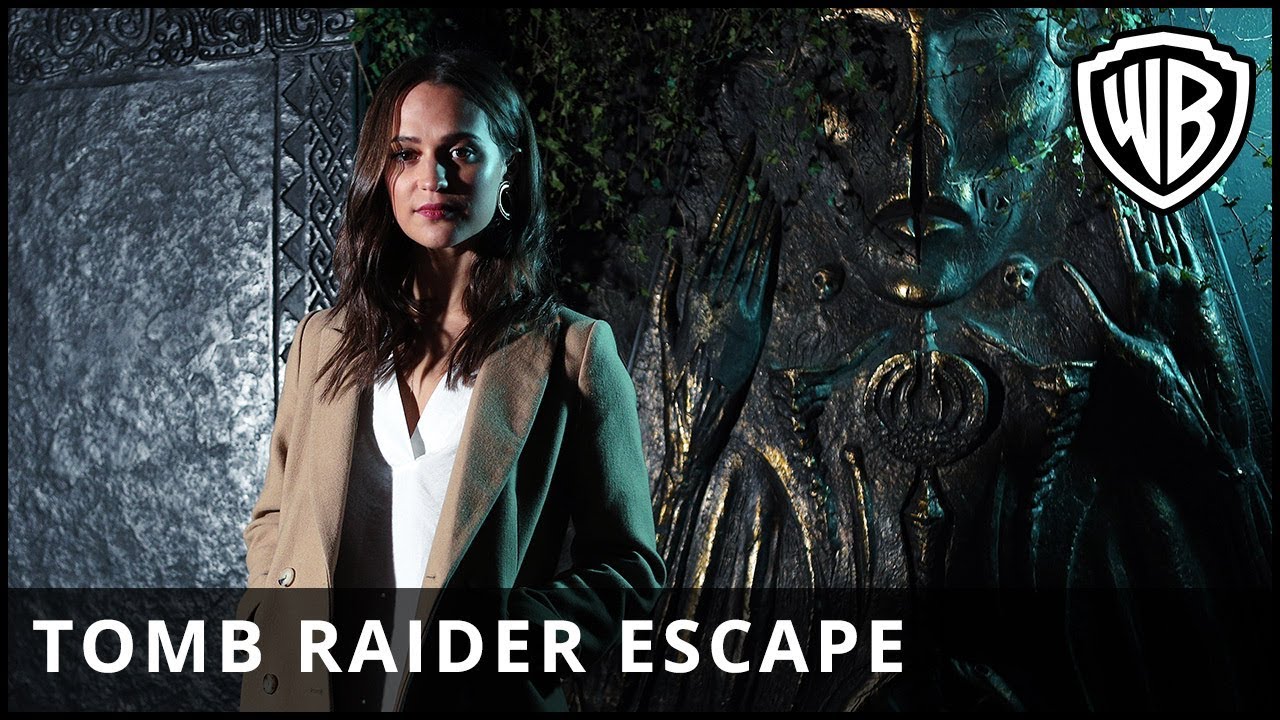 To celebrate the March 15th release of the action-adventure epic TOMB RAIDER, Warner Bros. Pictures and Metro Goldwyn Mayer Pictures invite you to TOMB RAIDER: ESCAPE – a fantastic journey into the unknown that will push your limits and transport you into the film’s incredible world. You’ll discover your inner-Lara Croft and uncover the mysterious Tomb of the Mother of Death.

The 30-minute, multi-room experience and its immersive environments are inspired by the film and feature key props and elements on loan from the production. TOMB RAIDER: ESCAPE has been created in consultation with the TOMB RAIDER filmmakers, including production designer Gary Freeman (Maleficent).

The Escape Room’s location is being kept under wraps, for now, but organizers have revealed that it is an arrow’s shot away from some of the film’s locations, including Brick Lane and the Nomadic Gardens, which bring to life Lara’s origins as an East London bike courier before her adventures begin.

TOMB RAIDER: ESCAPE will open its grand doors to the public for a limited time beginning 9th March. Please visit www.warnerbros.co.uk/TombRaiderEscape to secure your reservation.