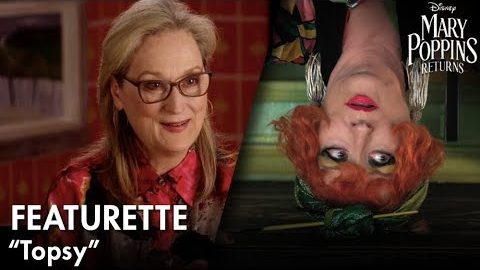 See Meryl Streep as Topsy in this new special look at Mary Poppins Returns. See the film in theatres December 19, and get your tickets now: http://bit.ly/MryPpnsTx