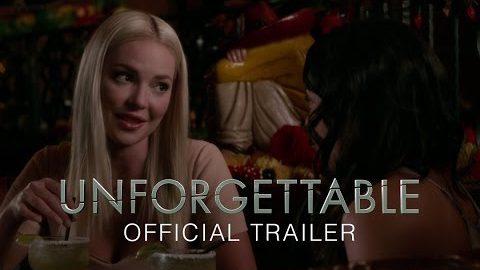 Katherine Heigl (“27 Dresses,” “Knocked Up”), Rosario Dawson (the “Sin City” films) and Geoff Stults (TV’s “The Odd Couple”), star in the film. “Unforgettable” marks a reunion for Heigl and Di Novi, who previously collaborated on “Life as We Know It.”

The film is produced by Di Novi, Alison Greenspan (“If I Stay”) and Ravi Mehta (“Grudge Match”), with Lynn Harris serving as executive producer. The film was written by Christina Hodson.

This film has been rated R for sexual content, violence, some language, and brief partial nudity.