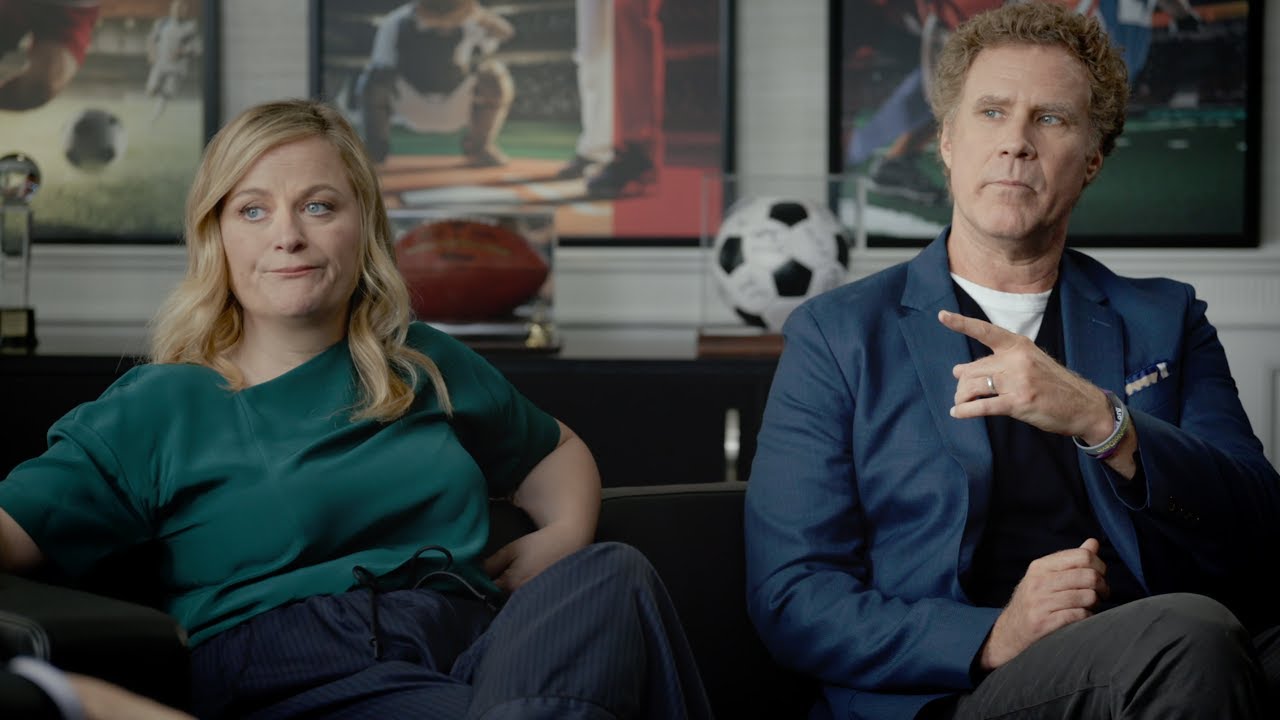 Co-Stars of “The House,” Will Ferrell and Amy Poehler, help Kenny Mayne workshop some new material for his increased workload on SportsCenter.