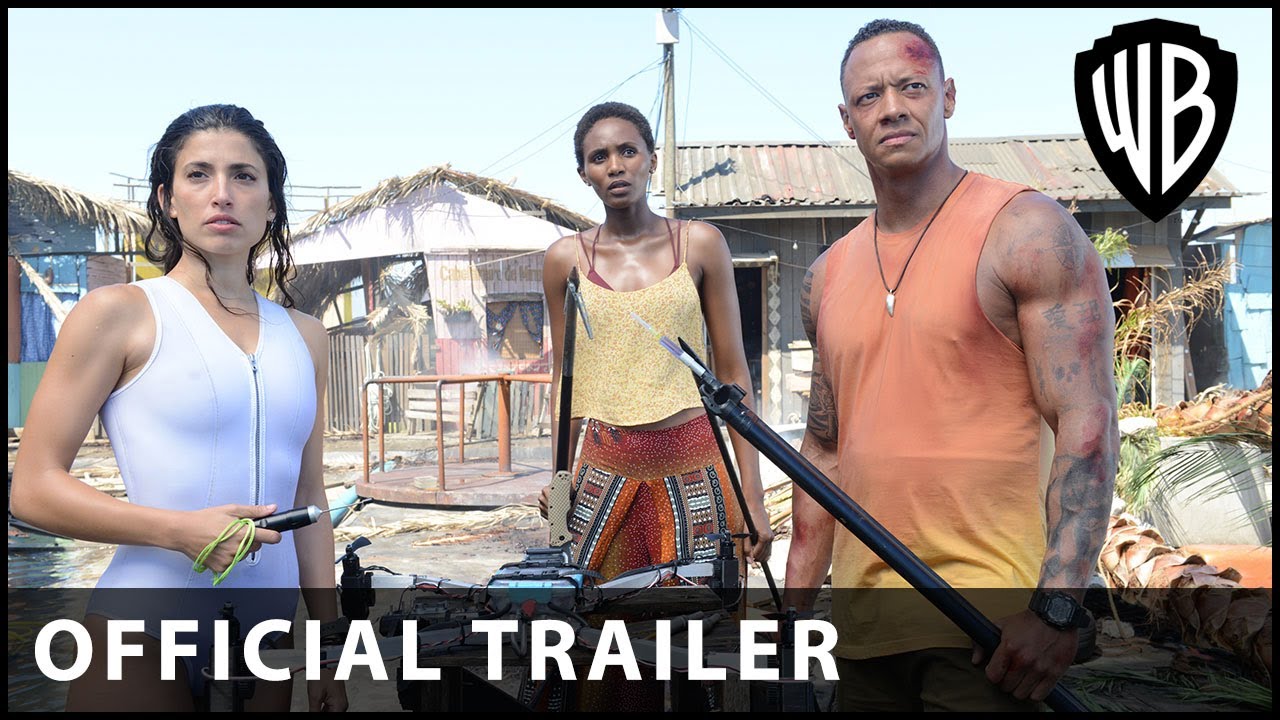 Deep Blue Sea 3 stars Tania Raymonde ( Lost , Goliath ) as Emma Collins, a marine biologist who is committed to making the world a better place and Nathaniel Buzolic ( The Vampire Diaries, Hacksaw Ridge) an ex-boyfriend who has chosen money over ethics. Other cast includes Emerson Brooks (MacGyver) , Bren Foster ( The Last Ship ) and Japanese star, Reina Aoi as Miya, a grad student who is part of Emma’s small research team that is working on an island sinking in the Mozambique channel.

Emma Collins, an eminent marine biologist, and her crew have set up a mid-ocean laboratory over a sunken island town in the ocean where they are observing the first known Great White mating area. Unfortunately, the enhanced Bull Sharks that escaped in Deep Blue Sea 2 are also there with their own evolutionary goal: cross-breeding with the bigger faster Great Whites. The mission’s patron, Richard Lowell, believes that the Bull Sharks contain the key to intelligence enhancement, which he secretly intends to sell for big profits. Now, Emma and her crew are trapped on crumbling stilt houses mere feet over the ocean, caught between predators above and below the water.

“We were thrilled with the success of the sequel” said Executive Producer, Tom Keniston, “and with Deep Blue Sea 3 we are able to build on the success of the franchise with a brand new story that will give audiences all the thrills and excitement they expect from a Deep Blue Sea movie.” “The Deep Blue Sea franchise has developed a cult following for over two decades,” said Mary Ellen Thomas, Warner Bros. Home Entertainment Senior Vice President, Originals, Animation and Family Marketing. “With Deep Blue Sea 3, we deliver all the shark action fans love and we know that it will be a hit with both new and existing fans of the franchise.