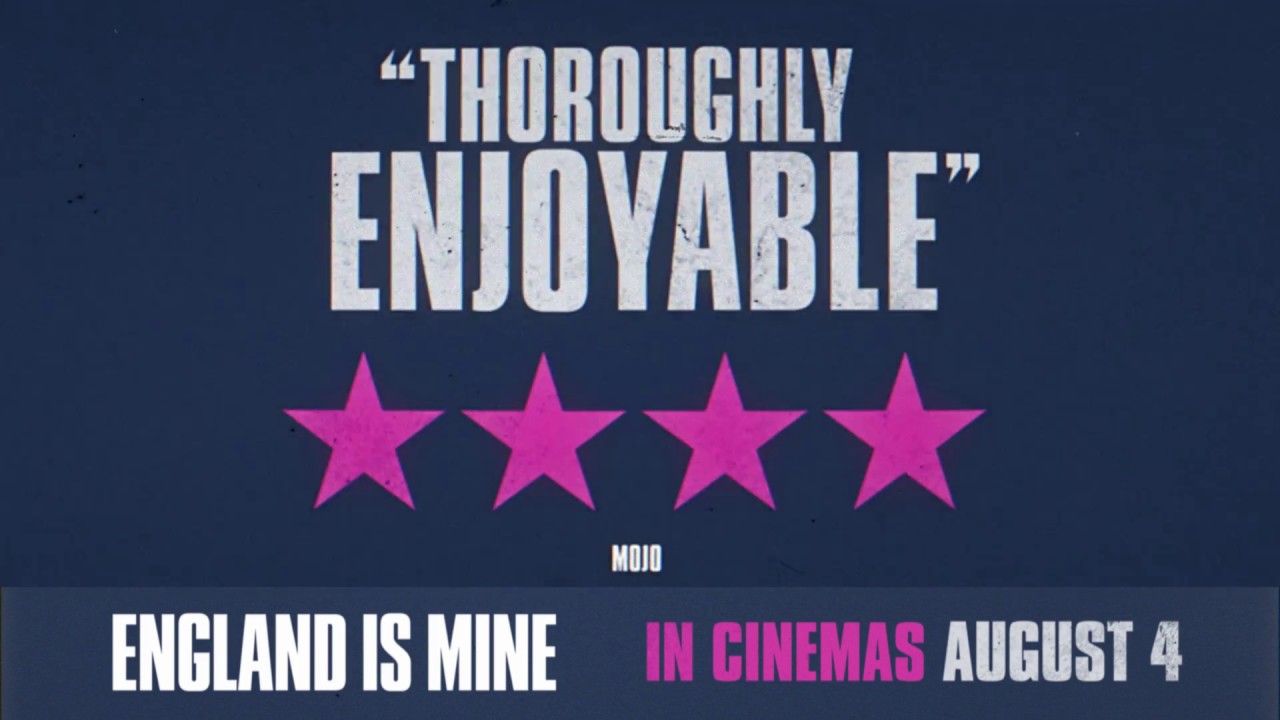 With dreams of a successful music career being dampened by his run-of-the-mill job at the local tax office, Steven finds solace in the city’s underground gig scene where he meets Linder Sterling (Jessica Brown Findlay – Downton Abbey, The Riot Club) – an intelligent, self-assured artist – who encourages him to make his ideas of superstardom a reality.

Culminating in his first meeting with Johnny Marr, ENGLAND IS MINE is a feature length origins story based on the early life of Morrissey, the outspoken former lead singer of seminal British band The Smiths. Directed by Academy Award and BAFTA Award nominated Mark Gill (The Voorman Problem) and produced by Baldwin Li (The Voorman Problem) and Orian Williams (Control), the film will have its world premiere at the closing night of this year’s Edinburgh International Film Festival on Sunday 2nd July.

England Is Mine is in cinemas August 4.