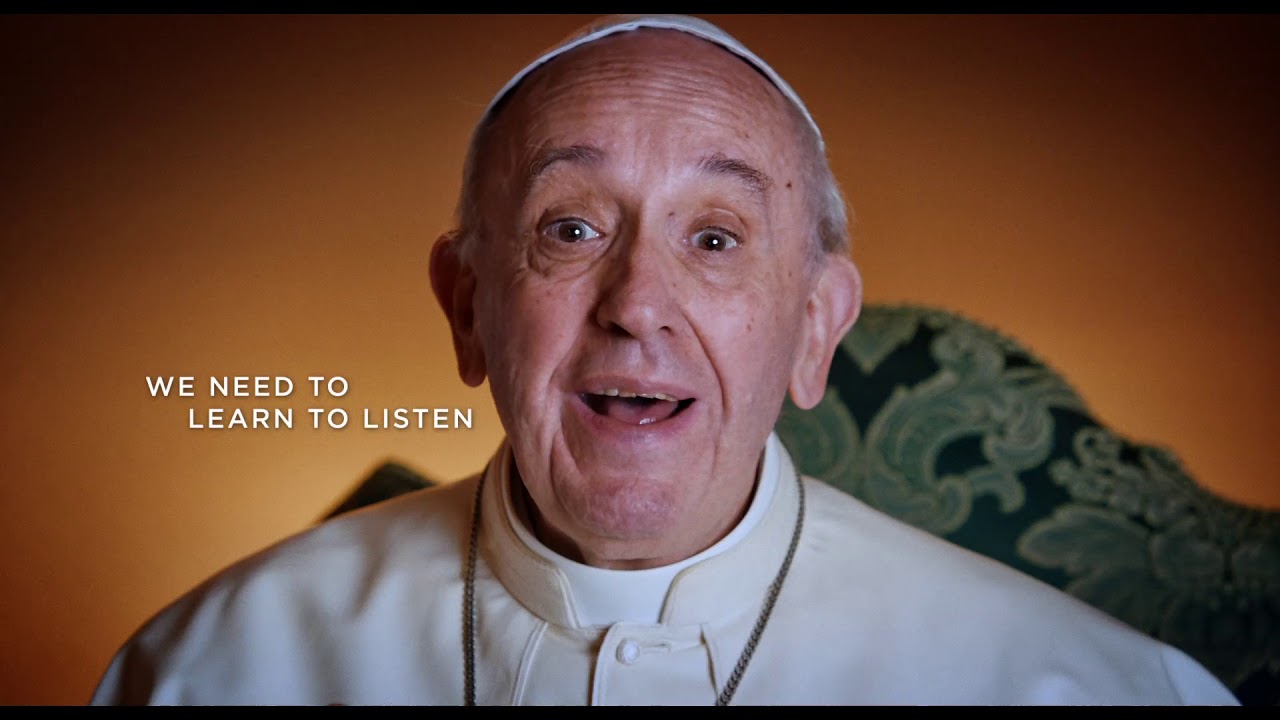 Pope Francis: A Man of His Word – In cinemas August 10.

From three-time Academy Award® nominee Wim Wenders (The Salt of the Earth, Pina, Buena Vista Social Club) comes a once-in-a-lifetime encounter with one of the world’s most fascinating subjects: Jorge Mario Bergoglio, the Jesuit priest from Argentina known to millions around the world since 2013 as Pope Francis, 266th pontiff of the Catholic Church. Receiving unprecedented access to the religious leader by the Vatican following his election, Wenders and his crew over the course of several years interviewed the pope and gained access to archival footage of him traveling across the globe, meeting with world leaders and ordinary citizens, and delivering a powerful message of compassion, humanism and unity.