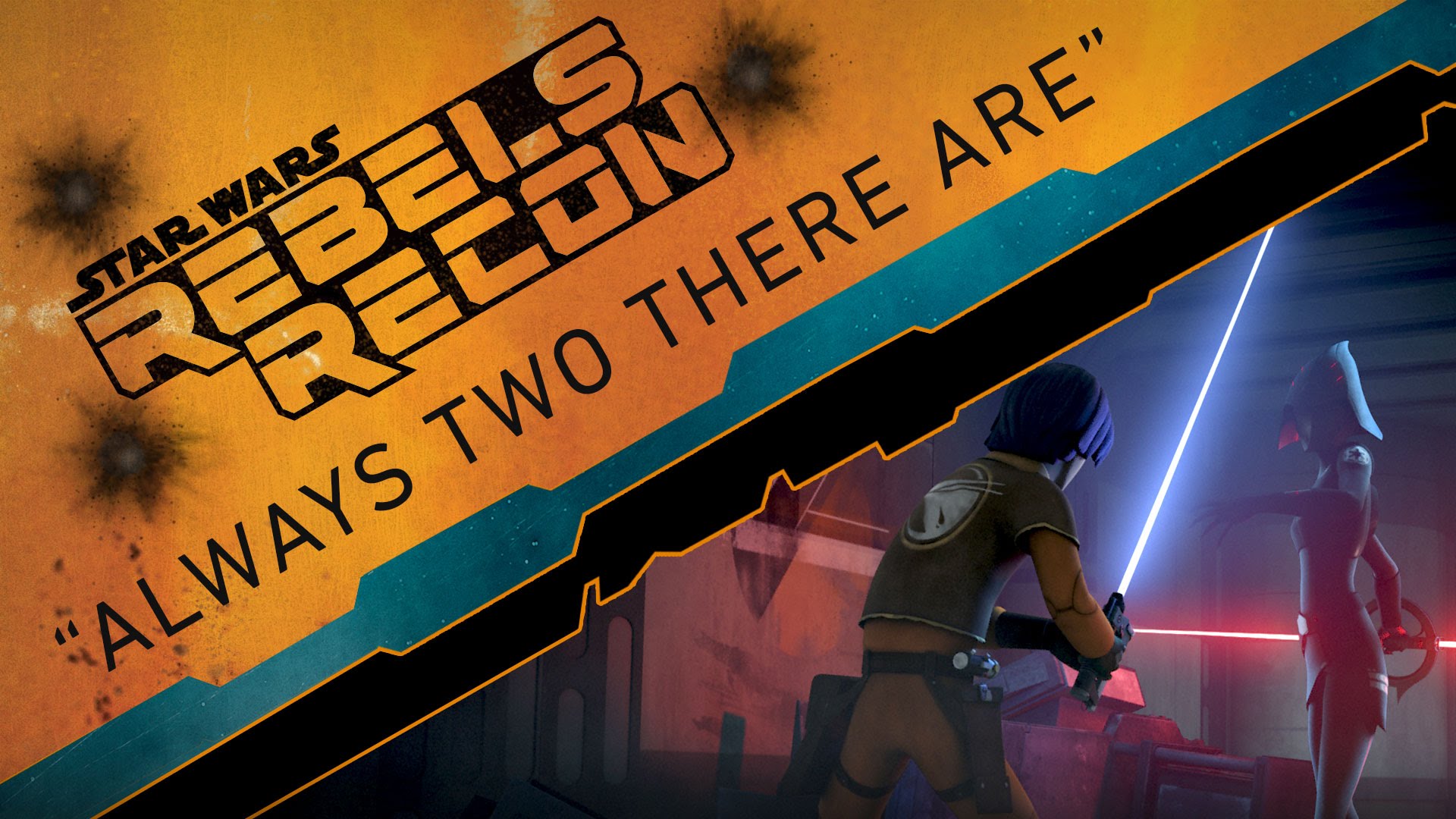 This week’s Rebels Recon kicks off at New York Comic Con, where Sarah Michelle Gellar talks about her role in Star Wars Rebels and the importance of female characters in the saga. Things end with a hug.

Back at Lucasfilm headquarters, Dave Filoni speaks to Andi Gutierrez about the hierarchy of Inquisitors and drops a bomb: the original Inquisitor was a character from The Clone Wars.

The Chopper cam features an exciting Halloween costume contest between Chopper and a svelte Jabba the Hutt. One of them scores a 10.

Pablo Hidalgo answers a fan’s question about TIE fighters. It turns out the cockpit is roomy enough for more than one passenger, both on the show and in the films.

In a preview of the upcoming episode “Brothers of the Broken Horn,” Ezra finds himself torn between combat training with Captain Rex and Jedi training with Kanan. Which does he want to be, a soldier or a Jedi?