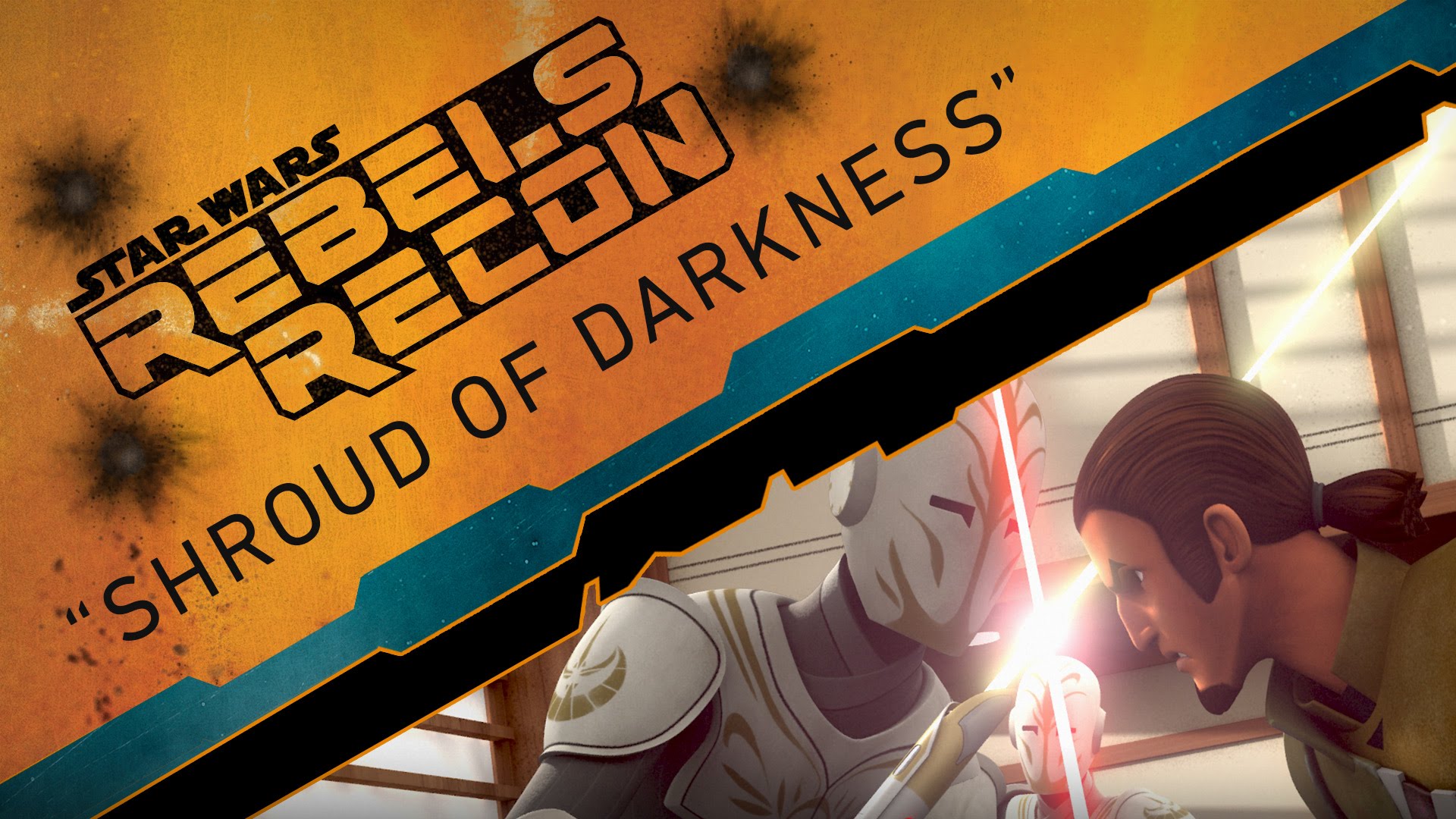 In this installment of Rebels Recon, StarWars.com goes inside the episode “Shroud of Darkness,” with creator interviews and more.

In “Shroud of Darkness,” Ahsoka, Kanan and Ezra travel to the Lothal Jedi Temple and each have a unique experience. One of the most shocking twists of the episode features the Grand Inquisitor’s return as a Jedi Temple Guard. Was it true, or only the Jedi’s imagination? Lucasfilm Story Group’s Pablo Hidalgo confirms that the Inquisitors do have Jedi roots. Executive producer Henry Gilroy adds, “The vision of the Grand Inquisitor is entirely motivated by Yoda who’s basically letting Kanan know he’s a Jedi Knight.”

Executive Producer Dave Filoni touches on what it was like to see Matt Lanter reprise his role as Anakin Skywalker alongside Ashley Eckstein’s Ahsoka Tano. “I’d been searching for a way to get Matt on the show. He can do many voices, he’s very talented, but I wanted him to come back as Anakin.”

Andi asks how much the duo was informed about their characters’ interactions since they last saw each other in The Clone Wars. “Not really much at all,” Lanter explains.

“I’ve tried to give as many clues as I can as to what did happen after she left the Jedi Order. But for now I have to treat the characters with the experience I know they have,” Filoni clarifies.

Finally, a fans asks, Where are the Geonosians in Star Wars Rebels if they were seen in Marvel’s Vader #4? Pablo Hidalgo has the scoop.

For more on “Shroud of Darkness,” check out StarWars.com’s exclusive episode guide: http://strw.rs/1L6depO