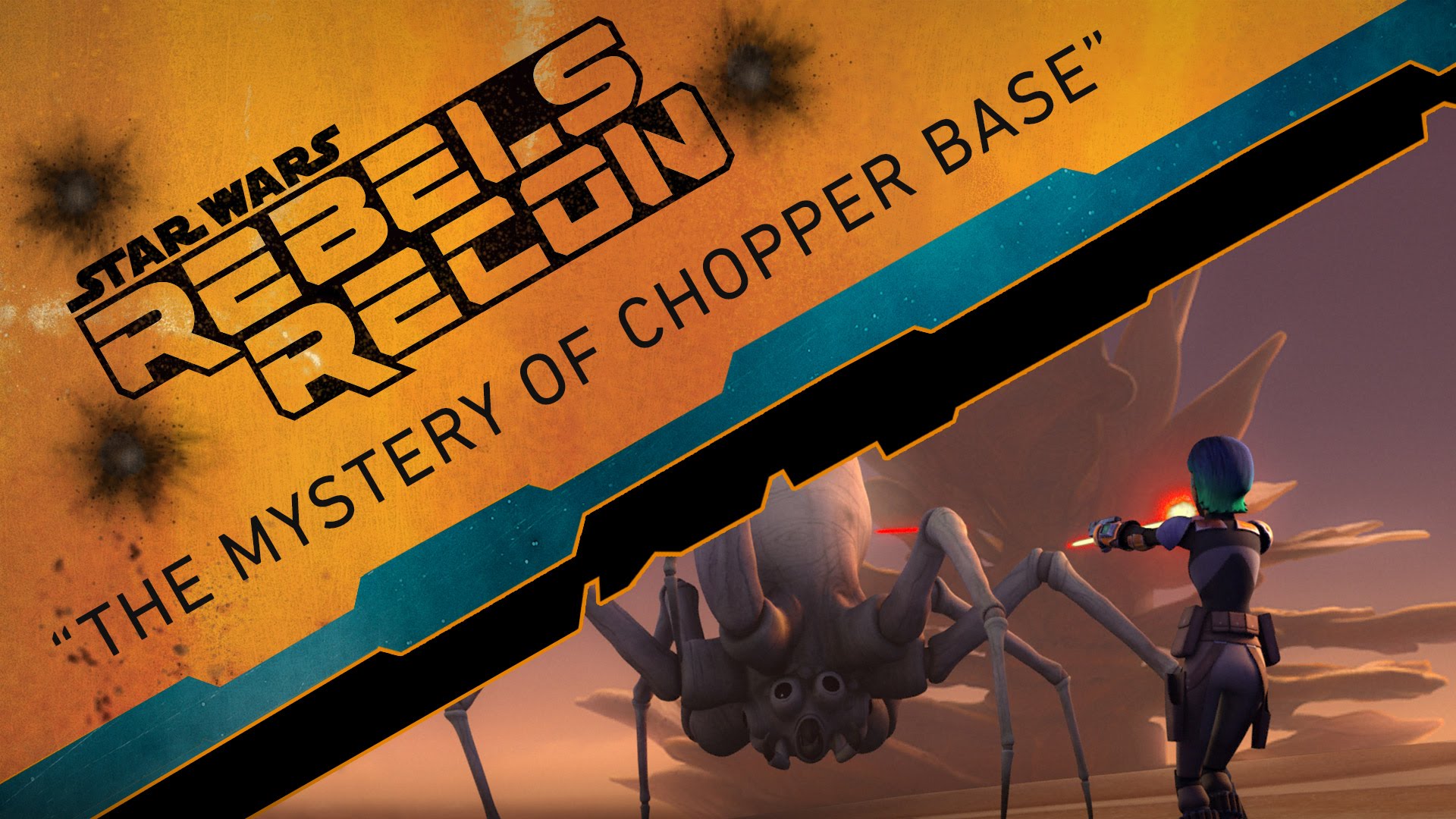 In this installment of Rebels Recon, StarWars.com goes inside the episode “The Mystery of Chopper Base,” with creator interviews and more.

This week the rebels got acquainted with their new base. Where is Atollon located exactly? “It’s off a major route,” executive producer Dave Filoni explains. “There’s no real resources there anyone would want.”

“This base wasn’t on any Imperial star chart,” co-executive producer Henry Gilroy adds. “It’s sort of a mystery as to what is special about this system.”

Most of the creeping creatures of Atollon were made to camouflage into their environment, but not all were specifically created for Star Wars Rebels. The Atollon spiders, or krykna, came from a concept by Ralph McQuarrie.

Art director Kilian Plunkett explains, “The McQuarrie design has eight legs because it’s a spider, the one on the show has six because, honestly, it’s just easier to deal with in animation when there are less limbs.”

Why can’t Ezra connect to these six-legged beasts? “Not all creatures can be manipulated by the Force,” Gilroy points out. But the roadblock is still incredibly frustrating for the young Padawan. Ezra and Kanan are off to take on the Inquisitors. Can we get any hints as to what will happen? Lucasfilm Story Group’s Pablo Hidalgo sheds a bit of light.

Finally, our fan question this week involves the Inquisitor’s lightsaber. Where are the crystals? Pablo’s got your answer!

For more on “The Mystery of Chopper Base,” check out StarWars.com’s exclusive episode guide: http://strw.rs/1RhvBJc