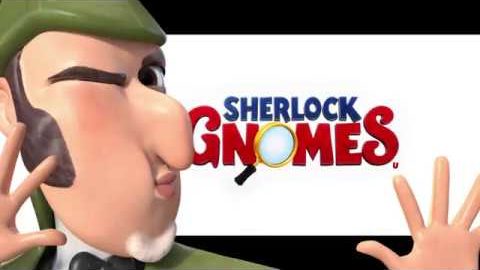 The beloved garden gnomes from Gnomeo and Juliet are back in SHERLOCK GNOMES! In cinemas everywhere now!

When Gnomeo and Juliet return home one day to find that everyone in their garden is missing – there’s only one gnome to call… Sherlock Gnomes! The famous detective and sworn protector of London’s garden gnomes arrives with his sidekick Watson to investigate the case. The mystery will lead our gnomes on a rollicking adventure where they will meet all new ornaments and explore an undiscovered side of the city. This action-packed sequel features the voices of returning cast, James McAvoy, Emily Blunt, Michael Caine, Maggie Smith, Stephen Merchant and Ozzy Osbourne, plus Johnny Depp as Sherlock Gnomes, Chiwetel Ejiofor as Watson and Mary J. Blige as Irene.