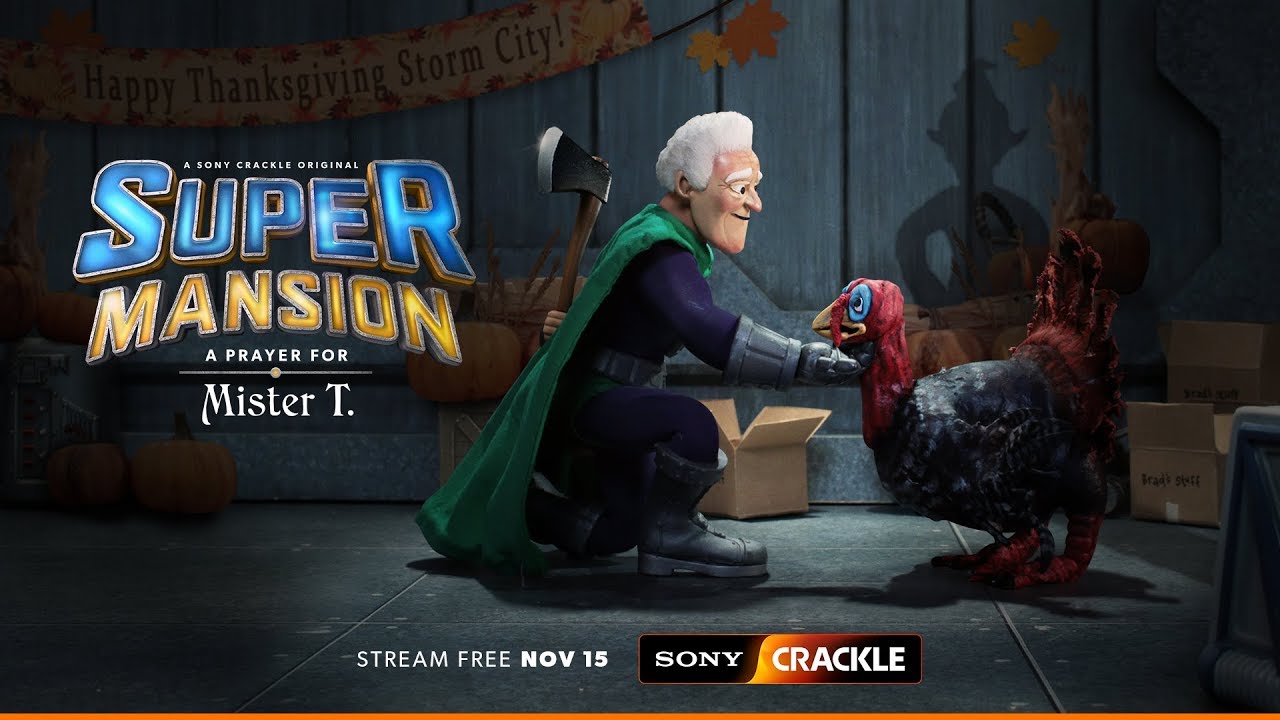 In this upcoming Thanksgiving Special, Titanium Rex, American Ranger, Black Saturn, Cooch, Lex, and Robobot have all been invited to the Mansion by Dr. Devizo. While on the ride they each express their desired Thanksgiving plans. Rex has his annual cooking contest with Devizo, Lex yearns for her acceptance at the adults table, Saturn plans to attend his family house meal in addition to the mansion, and American Ranger is putting on a reenactment of the first Thanksgiving. Of course nothing goes as any of them planned, especially Rex and Devizo’s turkey cook-off.

SuperMansion Thanksgiving Special: A Prayer For Mister T. will be released on November 15th only on Sony Crackle.