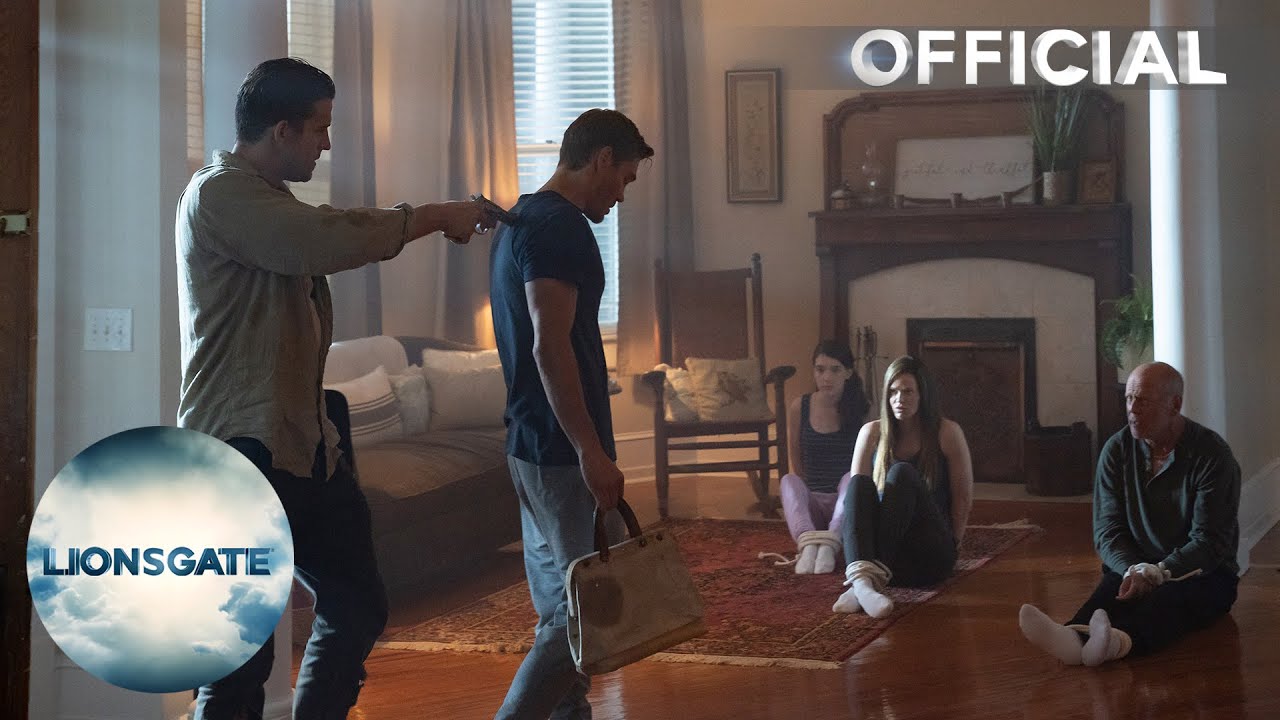 Screen legend Bruce Willis (Die Hard franchise) drives the action in this gripping home-invasion thriller. After two brothers commit a robbery that goes wrong, one of them, Mathias, is mortally wounded, forcing sibling Jamie to stalk a trauma doctor named Rich (Chad Michael Murray, “One Tree Hill”) from the hospital to his home. While holding Rich’s wife and daughter hostage, Jamie forces Rich to operate on Mathias. For the family to survive the night, Rich must team up with his estranged tough-as-nails father, retired sheriff Frank (Willis), in order to gain the upper hand and turn the tables on the criminals.