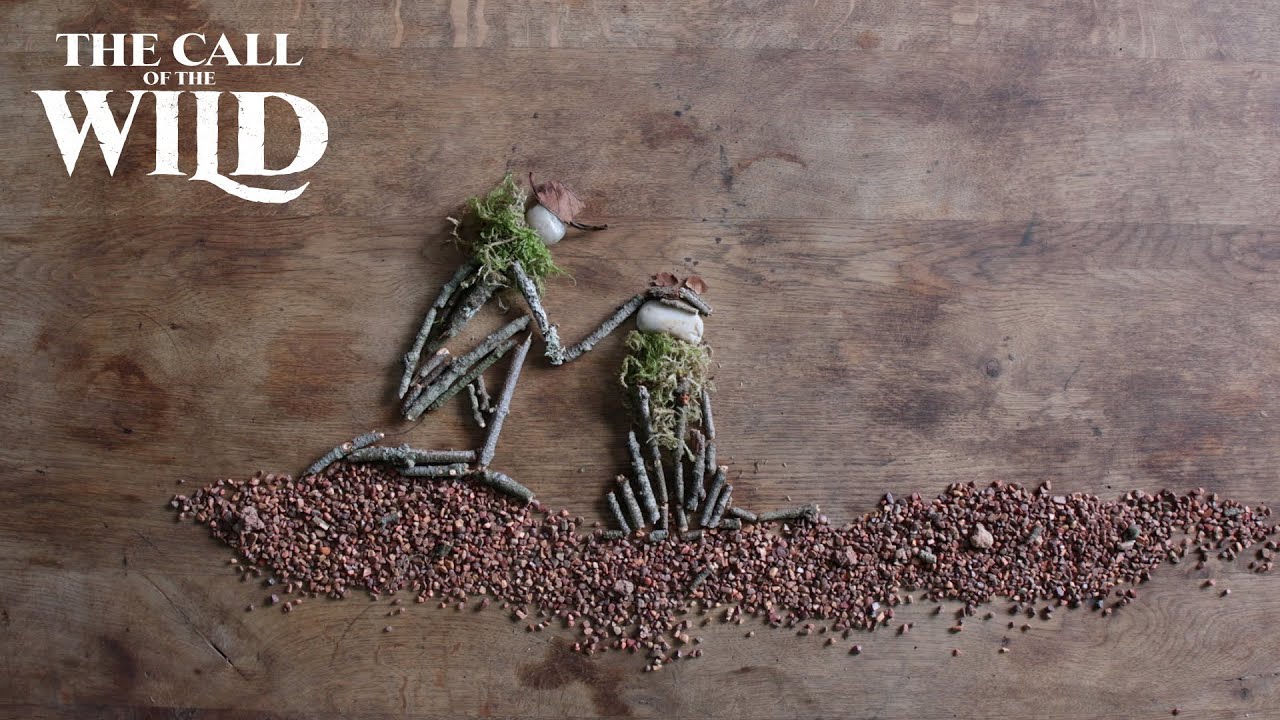 The best stories are inspired by real adventures. Harrison Ford tells us the journey that led to the legendary novel #CalloftheWild. #AnswertheCall and see it in theaters this FRIDAY. Get tickets now: http://bit.ly/COTWTickets

To celebrate the theatrical release of 20th Century Studios’ The Call of the Wild, multimedia artist and producer Foster Huntington created a stop-motion animation illustrating the adventure that inspired Jack London to write his legendary novel. The short, which features narration by The Call of the Wild star Harrison Ford, was realized using sticks, moss, stones and other found objects from Huntington’s Washington-based property (which he calls “The Cinder Cone”) and surrounding woods in the Colombia River Gorge. All of the materials featured in the video were foraged and dried by the fire in the tree house that Huntington calls home. In true Huntington form, the backdrop of the stop-animation is his dining room table.

Huntington has a deep connection to the enduring Jack London story. “The Call of the Wild is one of my favorite books and has inspired me as a kid, as a college student and as an adult,” recalls Huntington. “It was one of the main reasons I left my life in New York to go explore the west.” Huntington left the fashion industry in 2011 to “answer the call” and travelled the country in a 1987 Volkswagen Vanagon, and was the progenitor of the #VanLife hashtag on Instagram.

Adapted from the beloved literary classic, THE CALL OF THE WILD vividly brings to the screen the story of Buck, a big-hearted dog whose blissful domestic life is turned upside down when he is suddenly uprooted from his California home and transplanted to the exotic wilds of the Yukon during the Gold Rush of the 1890s. As the newest rookie on a mail delivery dog sled team–and later its leader–Buck experiences the adventure of a lifetime, ultimately finding his true place in the world and becoming his own master.