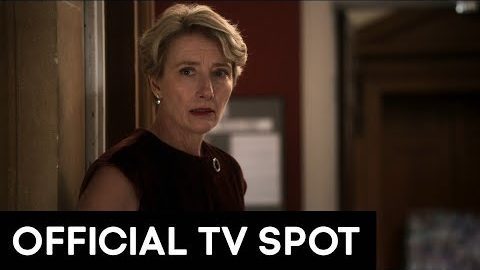 “When a court determines any question with respect to the upbringing of a child, the child’s welfare shall be the court’s paramount consideration.” The Children Act, 1989

Based on the much-loved novel by Ian McEwan (Atonement) and brought to the big screen by director Richard Eyre (Notes on a Scandal, Iris), THE CHILDREN ACT is a compelling and powerful drama telling the story of Fiona Maye (Emma Thompson), an eminent high court judge presiding over ethically complex cases. As the demands of her job cause her marriage to Jack (Stanley Tucci) to reach tipping point, Fiona is asked to rule on the case of Adam (Fionn Whitehead), a brilliant young boy who is refusing a life-saving blood transfusion on religious grounds. With her private life in turmoil, Fiona finds herself drawn into the case, taking the unorthodox step of halting proceedings in order to visit Adam in hospital. As the two form a profound connection and powerful emotions come to light, Fiona’s judgement is put to the test with momentous consequences as she must ultimately decide whether Adam lives or dies.