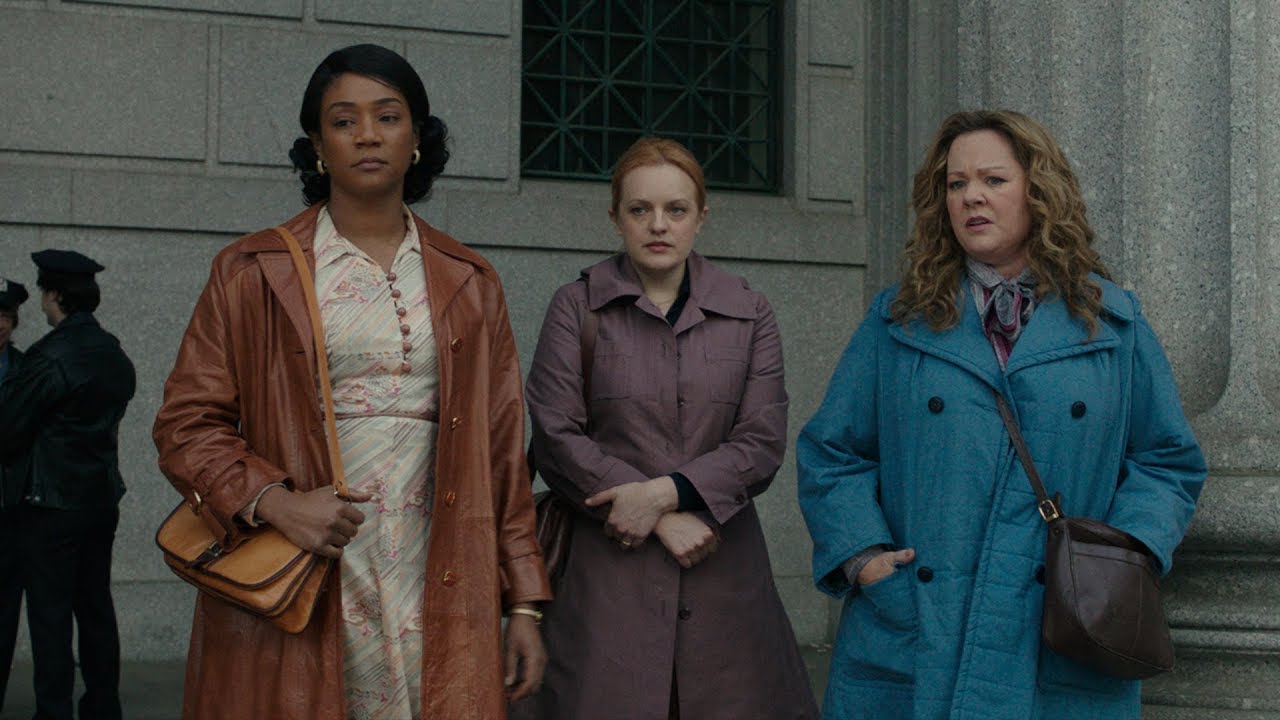 The gritty, female-driven mob drama “The Kitchen,” from New Line Cinema and BRON Creative, was written and directed by Andrea Berloff, who was nominated for an Oscar for the original screenplay for “Straight Outta Compton.”

“The Kitchen” stars Oscar nominee Melissa McCarthy (“Can You Ever Forgive Me?” “Bridesmaids”), Tiffany Haddish (“Girls Trip”), and Elisabeth Moss (“The Handmaid’s Tale”) as three 1978 Hell’s Kitchen housewives whose mobster husbands are sent to prison by the FBI. Left with little but a sharp ax to grind, the ladies take the Irish mafia’s matters into their own hands—proving unexpectedly adept at everything from running the rackets to taking out the competition…literally.

New Line Cinema presents, in Association with BRON Creative, a Michael De Luca Production, “The Kitchen.” Set for release on August 9, 2019, it will be distributed worldwide by Warner Bros. Pictures. Rated R for violence, language throughout and some sexual content.