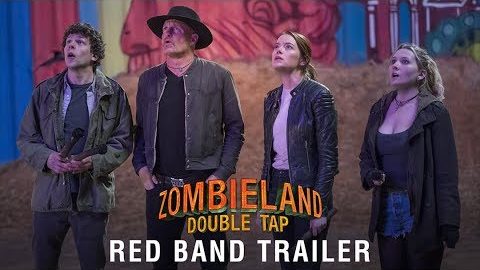 OMG. We’re back again. 🎶 From the director of Venom and writers of Deadpool, watch the new red band trailer for #Zombieland: Double Tap, in theaters October 18.