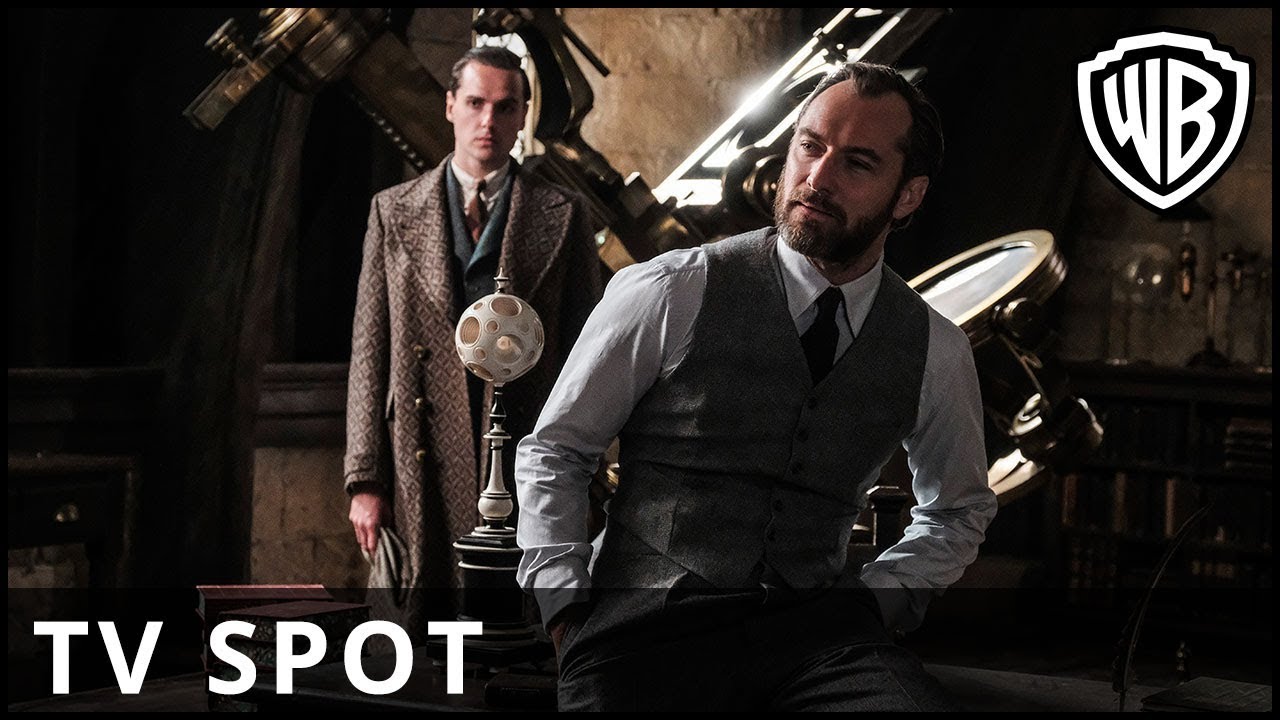 Dumbledore is back. Return to Hogwarts with #FantasticBeasts: The Crimes of Grindelwald, in cinemas November 16 – book tickets now.

Warner Bros. Pictures’ “Fantastic Beasts: The Crimes of Grindelwald” is the second of five all new adventures in J.K. Rowling’s Wizarding World™.
At the end of the first film, the powerful Dark wizard Gellert Grindelwald (Johnny Depp) was captured by MACUSA (Magical Congress of the United States of America), with the help of Newt Scamander (Eddie Redmayne). But, making good on his threat, Grindelwald escaped custody and has set about gathering followers, most unsuspecting of his true agenda: to raise pure-blood wizards up to rule over all non-magical beings.
In an effort to thwart Grindelwald’s plans, Albus Dumbledore (Jude Law) enlists his former student Newt Scamander, who agrees to help, unaware of the dangers that lie ahead. Lines are drawn as love and loyalty are tested, even among the truest friends and family, in an increasingly divided wizarding world.
The film features an ensemble cast led by Eddie Redmayne, Katherine Waterston, Dan Fogler, Alison Sudol, Ezra Miller, Zoë Kravitz, Callum Turner, Claudia Kim, William Nadylam, Kevin Guthrie, Carmen Ejogo, Poppy Corby-Tuech, with Jude Law and Johnny Depp.
“Fantastic Beasts: The Crimes of Grindelwald” is directed by David Yates, from a screenplay by J.K. Rowling. The film is produced by David Heyman, J.K. Rowling, Steve Kloves and Lionel Wigram. Tim Lewis, Neil Blair, Rick Senat and Danny Cohen serve as executive producers.
The film reunites the behind-the-scenes creative team from the first “Fantastic Beasts” film, including Oscar-winning director of photography Philippe Rousselot (“A River Runs Through It”), three-time Oscar-winning production designer Stuart Craig (“The English Patient,” “Dangerous Liaisons,” “Gandhi,” the “Harry Potter” films), four-time Oscar-winning costume designer Colleen Atwood (“Chicago,” “Memoirs of a Geisha,” “Alice in Wonderland,” “Fantastic Beasts and Where to Find Them”), and Yates’ longtime editor Mark Day (the last four “Harry Potter” films). The music is by eight-time Oscar nominee James Newton Howard (“Defiance,” “Michael Clayton,” “The Hunger Games” films).
Slated for release beginning November 16, 2018, the film will be distributed worldwide in 2D and 3D in select theatres and IMAX by Warner Bros. Pictures, a Warner Bros. Entertainment Company.