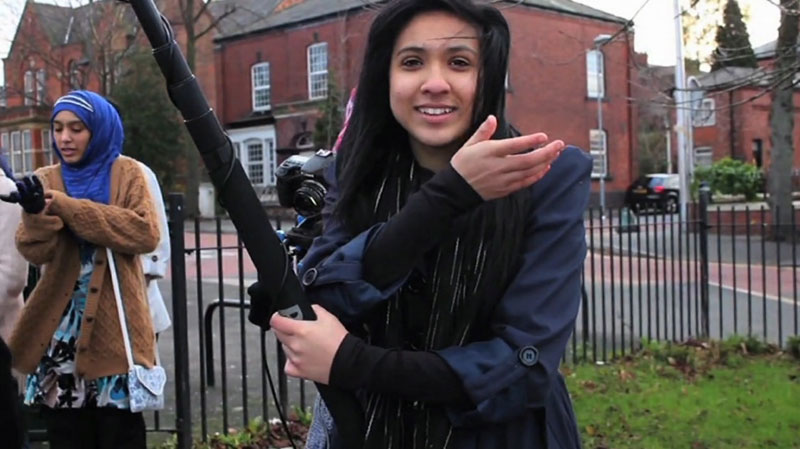 The Homeless Film Festival is the first festival of its kind, dedicated to confronting and presenting homelessness issues. This year’s festival will see high-end features, shorts and documentaries screened, all of which have homelessness issues as a central theme or are films that are made by homeless creatives’ in a mixture of genres. This year’s schedule includes iconic films such as Dark Days, Mr Stink, Check It and Wendy and Lucy.

The festival will visit iconic locations and independent cinemas across Europe, including, Central Library, Manchester, HOME, Manchester, Arthouse Crouch End, London, Square Chapel Arts Centre, Halifax, The Gulbenkian, Kent, the Documentary Media Centre, Leicester, Ultimate Picture House, Oxford and Bilbao, Spain, amongst other locations. Key events include a screening of Mr Stink for young children at Central Library in Manchester (9th November 2017), to address issues surrounding homelessness, a pop up cabin showcasing short-films in Leicester around various locations (from 4th November – 18th November), a free film workshop for young people with Lifeshare Charity in Manchester (16th November), a discussion on LGBT young homeless at HOME, Manchester (13th November 2017) and an opening event in partnership with Bizitegi in Bilbao, Spain, where the charity will launch a short-film competition for schools and run a film making workshop with people who have an experience of homelessness.

Dean Brocklehurst, creator and director of Homeless Film Festival said: “We’re really excited to announce the schedule for Homeless Film Festival 2017. The charity is growing year on year and with this year’s festival we hope to raise awareness of homelessness around the world, highlighting not only the people who are homeless but the many ways in which people become homeless.”

Dean Brocklehurst set up Homeless Film Festival with the aim of tackling some of the core issues of homelessness such as lack of aspirations, qualifications and self-confidence. Aside from raising awareness through the film festival, the charity directors also run filmmaking workshops with homeless project participants in the UK, giving them the opportunity to take part in free filmmaking and art projects all year round. Participants develop skills in script writing, camera operating, editing and festival programming as well as more bespoke workshops requested during sessions. Recent projects in Greater Manchester include filmmaking in a day activities at Fleet House women’s refuge in Bolton and Greenbank Trafford for homeless and vulnerable young people in Trafford, both part of Irwell Valley Housing Association.

Homeless Film Festival represents issues from a worldwide international perspective. The tour covers the UK but the content and work is worldwide and film submissions come from all over the world.

Director and Actor, Samantha Morton, said: “Issues of homelessness and vulnerability are very close to my heart and so I was delighted to hear about The Homeless Film Festival and to be asked to become a Patron. Film is a great way to involve people in understanding the bigger picture of homelessness and with a national and international perspective too. I’m excited about the monthly activities the festival offers to really support collaboration and change for the better. It’s a pleasure to be part of the first festival of its kind”

Director and writer, Lenny Abrahamson said: “The work done by the Homeless Film Festival is an important contribution to raising awareness of the human cost of homelessness and it also opens up channels for homeless people to become creatively engaged. I’ve been involved since I was approached to screen Adam & Paul and I am very, very proud to be a patron”.

Poet, Lemn Sissay, said: “It’s an honor to be a patron of the Homeless Film Festival. I was brought up in a children’s home and the fact is many people who come through the care system end up homeless and that’s why it’s an issue important to me”.

For further information on the festival schedule and locations, please see: http://www.homelessfilmfestival.org