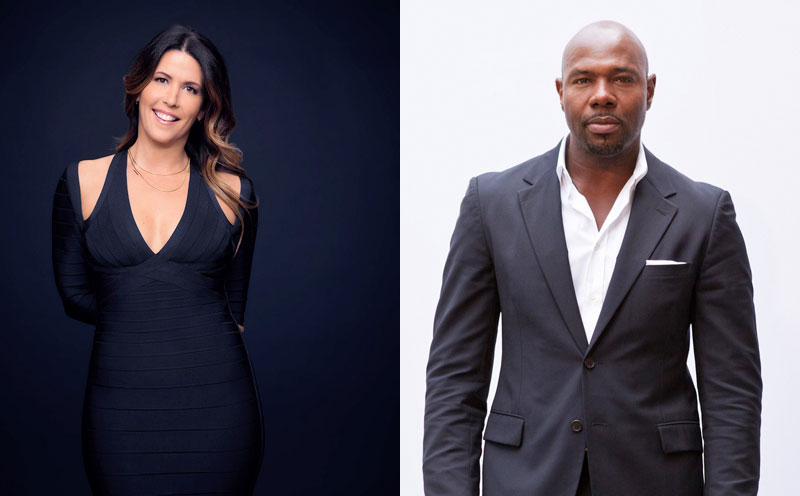 Following the launch of the fourth season of Lexus Short Films at Tokyo Short Shorts in June, Lexus International and The Weinstein Company have announced new members of the film programme’s selection committee.

Patty Jenkins, director of the recent Warner Bros. and DC Comics Wonder Woman movie and, as her debut feature, Monster, and Antoine Fuqua, best known for directing The Magnificent Seven (2016), The Equalizer and Training Day, will join Taylor Sheridan.

The selection committee will scrutinise submissions from aspiring film makers to identify how they have worked with this year’s series theme of Transformation to show how amazing things happen when you “transform the ordinary into extraordinary”. Patty Jenkins, Antoine Fuqua and Taylor Sheridan will recommend the top four to go forward to have their new films produced by The Weinstein Company.

The selected finalists will also have the opportunity to meet Patty, Antoine and Sheridan during the production of their films. Lexus International and The Weinstein Company hope to cultivate and transform the next wave of film makers by connecting them with the very best in the film industry.

Entries are being accepted worldwide via Withoutabox, the premier submission service for film makers and festivals, up to 31 August.

Harvey Weinstein, Co-chairman of The Weinstein Company, said: “We are thrilled to bring such incredibly talented film makers into this year’s programme. We are excited to see which films resonate with our committee as they bring their world class experience to the Lexus Short Films series.”

Spiros Fotinos, Lexus’s Global Head of Brand Management and Marketing, added: “Our esteemed selection committee and The Weinstein Company bring an enormous amount of film-making expertise, so we are confident that season four of Lexus Short Films will be even more successful than the award-winning season three.”

Patty Jenkins is a writer/director best known for directing Warner Bros. and DC Comics Wonder Woman; and her debut feature Monster, based on the life of convicted serial killer Aileen Wuornos; and helming the pilot episode of AMC’s hit show The Killing.

Patty began her career as a painter at The Cooper Union in New York City. Upon transitioning to filmmaking, she spent eight years as a First Assistant Camera Person/Focus Puller. After attending the AFI in Los Angeles, she wrote and directed Monster.

Roger Ebert named Monster as the Best Film of the Year (2003) and Third-Best Film of the Decade. AFI named it on the Ten Best Films of the Year. Charlize Theron went on to sweep the awards circuit for her performance in the film, winning the Oscar, Golden Globe, SAG Award, and numerous critics’ awards in the Best Actress category. Patty also garnered a number of awards and nominations, including winning Best First Feature at the 2004 Independent Spirit Awards.

Jenkins went on to direct many commercials and TV programmes including the pilot and finale episode for AMC’s The Killing, for which she received and Emmy nomination, and won the DGA award for best dramatic directing. She directed several other pilots and episodes including Fox’s Arrested Development and HBO’s Entourage. She was nominated for another Emmy for the final segment of FIVE – a series of short films about breast cancer for Lifetime she shared with fellow directors Jennifer Aniston, Alicia Keys, Demi Moore and Penelope Spheeris.

In 2017, Jenkins broke the record for Biggest Grossing Live-Action Film Directed by a Woman, Domestic and Worldwide, with Wonder Woman. The film simultaneously smashed box office records and received critical acclaim, it has grossed a worldwide total of more than $788.6 million to date.

Antoine Fuqua is one of the most sought-after film makers of his generation, effortlessly blending action and character-driven storytelling.

Most recently, Fuqua helmed The Magnificent Seven, a remake of the 1960 western of the same name and an homage to Akira Kurosawa’s Seven Samurai. With The Magnificent Seven, Fuqua brought his modern and stylish vision to a classic story that starred a diverse and international cast, which included Chris Pratt, Denzel Washington and Ethan Hawke. Fuqua’s next film, The Equalizer 2, will reunite him with Denzel Washington for the fourth time, and is set to be released by Sony on 14 September 2018.

Through his production company, Fuqua Films, Fuqua is busy generating projects and content for both film and television. He is currently executive-producer on the new FOX medical drama The Resident and is executive-producing, with Lebron James, an untitled HBO Entertainment multi-part documentary film about the life and career of Muhammad Ali that he is also set to direct.

Fuqua is also a highly regarded commercial and music video director, having worked with such brands as Nike, Armani and Pirelli, amongst others, and earning numerous awards. He is deeply passionate about supporting underprivileged youth in the community and gives back through filmmaking. He was recently honoured for his charitable work by The Opportunity Network.

In 2012, Taylor Sheridan sold his original screenplay for Hell and High Water (formerly known as Comancheria) to Sidney Kimmel Entertainment. The film, a drama set in the struggling rural areas of West Texas, was released by CBS films in August 2016 and stars Chris Pine, Ben Foster, and Jeff Bridges. The script, which was on the Black List in 2012, has earned Taylor nominations for Best Screenplay at the 2016 Gotham Awards, 2016 Critics’ Choice Awards, and 2017 Independent Spirit Awards.

His previous screenplay for Sicario – directed by Denis Villeneuve and starring Benicio Del Toro, Emily Blunt and Josh Brolin – was released in September 2015 to critical acclaim and box office success. The film was produced by Basil Iwanyk, Molly Smith, Trent Luckinbill, Thad Luckinbill and Ed McDonnell and released by Lionsgate. The film was also nominated for several awards including Best Theatrical Motion Picture by the PGA, Best Original Screenplay by the WGA, and was awarded the Spotlight Award for Outstanding Collaborative Vision by the National Board of Review.

A sequel to Sicario, called Soldado, is currently in production. The film will be directed by Stefano Sollima, and both Del Toro and Brolin will reprise their roles.

Sheridan is adapting Disorder, based on the French film, for Escape Artists and Sony Pictures and previously adapted Dark Invasion, Howard Blum’s non-fiction novel, for Warner Bros., with Bradley Cooper, John Lesher and Adam Kassan attached as producers on the project. Sheridan has also worked on two projects for Andrew Lauren. In television, Sheridan is in pre-production on his series Yellowstone for the Paramount Network alongside producers Art and Jon Linson.

Harvey Weinstein launched The Weinstein Company (TWC), a multi-media company, with his brother Bob on 1 October 2005. Since its inception, TWC has released such acclaimed films as The King’s Speech, The Artist, Silver Linings Playbook, Django Unchained and The Imitation Game. TWC also encompasses Dimension Films, which has released such popular franchises as Scream, Spy Kids and Scary Movie. Together TWC and Dimension Films have released a broad range of mainstream, genre and specialty films that have been commercial and critical successes. During Harvey and Bob’s tenure at Miramax and TWC, they have received 357 Oscar nominations and won 82 Academy Awards. TWC’s recent major releases included Carol, The Hateful Eight, Hands of Stone, The Founder and Academy Award nominee for Best Picture Lion.

TWC boasts an active television production division which garnered twelve Emmy nominations in 2015. Weinstein Television produces such reality powerhouses as Project Runway and scripted series that include War & Peace which premiered on A&E, Lifetime and HISTORY in January 2016, Peaky Blinders on Netflix, Julian Fellowes’s Doctor Thorne with Amazon, Stephen King’s The Mist for Spike TV and the military drama Six for History. Weinstein Books, a partnership between TWC and The Perseus Books Group, publishes titles from the most important and influential authors and personalities including New York Times bestsellers Finding Me by Michelle Knight and Obsessed by Mika Brzezinski. In 2015, Weinstein founded the Weinstein Live Entertainment, an independent faction that produces and invests in theatrical productions, including the Broadway musical Finding Neverland, directed by Diane Paulus; Radio City’s New York Spring Spectacular starring The Rockettes, Fun Home, The Elephant Man, Wolf Hall and The Audience.

Weinstein and his brother founded Miramax Films in 1979, naming the company after their parents, Miriam and Max. Under their leadership, Miramax Films released some of the most critically acclaimed and commercially successful independent feature films in modern cinema, including sixteen Best Picture nominations over a span of sixteen years. The outstanding quality of Miramax’s films under the Weinsteins was represented in the company’s success in the annual Academy Awards race.