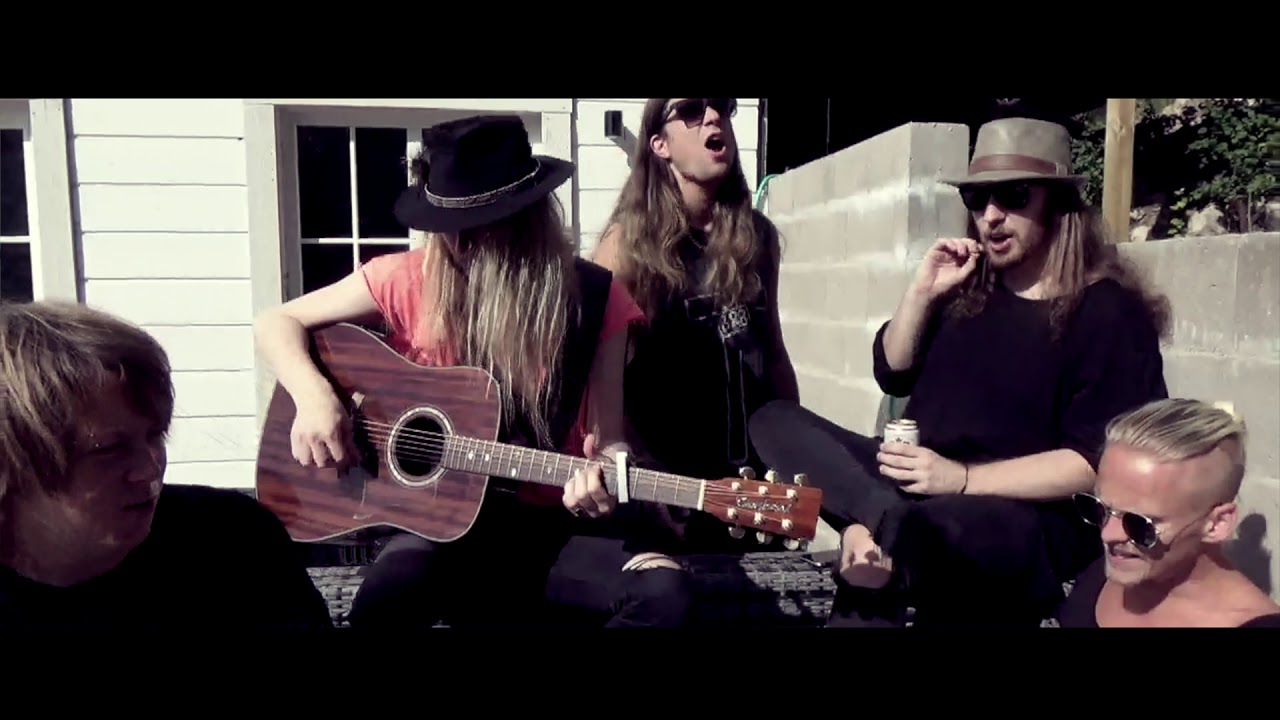 Friday 22nd September 2017 sees the release of the long awaited new studio album “Into The Great Unknown” from the celebrated Swedish rock band H.E.A.T via earMUSIC.

After one and a half years of intense songwriting, with guitarist Dave Dalone (aka Sky Davis) back in the mix, the band went on a questionable trip to record an album in Thailand, once again with Swedish Grammy award-winning producer Tobias Lindell. With 10 top songs in their cannon, H.E.A.T entered the heavenly Karma Sound studios in the outskirts of Bangkok to record what would become the fifth studio album. Once again the band continue the musical landscape with an innovative, highly explosive and refreshing melodic rock sound and an unforgettable collection of fantastic new songs.

“Into The Great Unknown” is the follow-up to 2014’s critically acclaimed “Tearing Down The Walls”. 2012’s successful “Address The Nation” album was praised worldwide as one of the best albums of the year, and consolidated the H.E.A.T’s growing reputation as the new leading band in hard edged melodic rock.

In 2009, H.E.A.T had a huge hit in Scandinavia with the song “1000 Miles”. That same year the band’s second album “Freedom Rock” was nominated as one of the Top 50 albums in 2010 by Classic Rock magazine UK. Since then, they’ve toured all over the world, blowing audiences away with their outstanding live concerts.

In a time when artists like Foreigner, Journey and Whitesnake are enjoying a resurgence, teenagers are re-discovering the melodic approach to hard rock. The kids are suddenly wearing their classic rock band logos on t-shirts. H.E.A.T is the beacon of light that many say will carry this tradition into the future. They’re young, ambitious and full of energy and ideas.
H.E.A.T don’t hide their love for their classic rock heroes, but don’t try to copy it, either. They just do it and they want to be the best at it. And they are one of the best – drawing both young and old
to their mesmerising, freshly sounding, energetic classic rock and bombastic melodies.

“Into The Great Unknown” is a rock and roll journey into the great unknown. The album delivers everything H.E.A.T is loved for – frontman Erik Grönwall’s incredible vocal talent and the band’s traditional approach to melodic rock.

The result is a set of high-quality tracks that bend the genre’s boundaries and take it to new heights. H.E.A.T’s fifth album incorporates some of classic rock’s most renowned features and taking them into another dimension. H.E.A.T have always had a grasp for great melodies. “Eye Of The Storm”, “Redefined”, Time On Our Side” and “Do You Want It?” embody catchy melodies and fresh ideas, all of which takes the band’s talent to the next level.