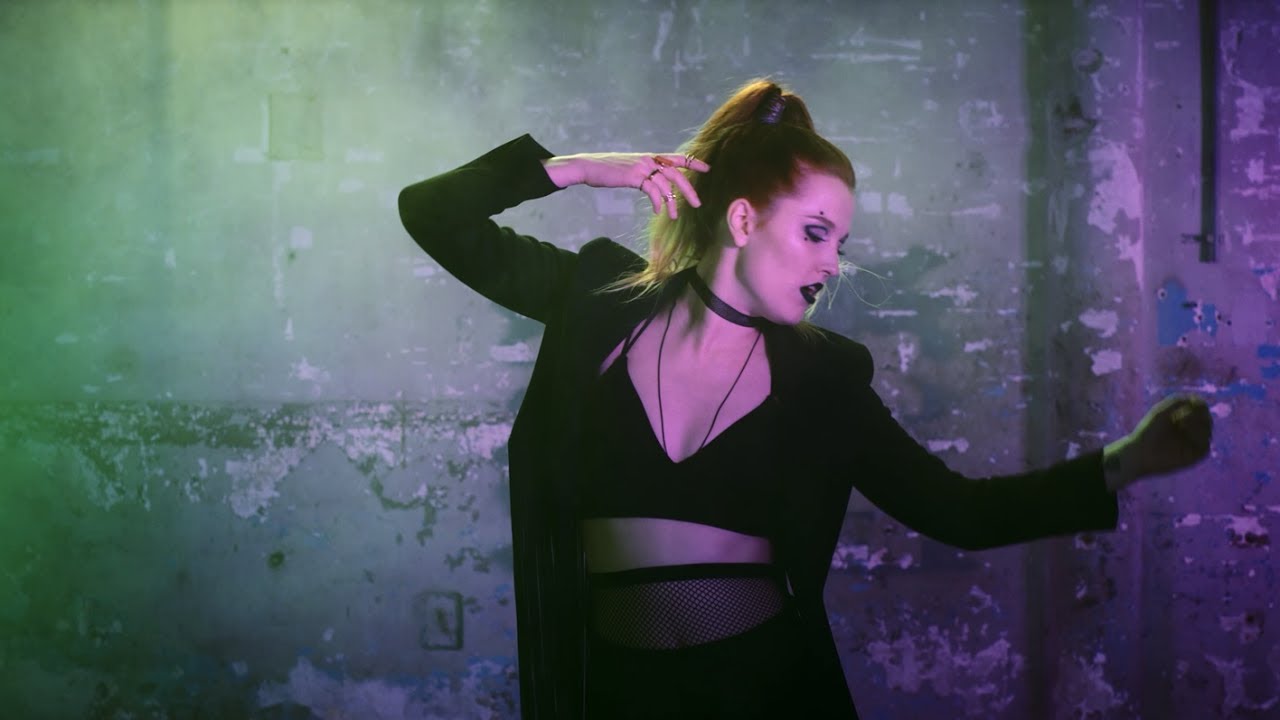 Buy from Amazon US store: http://amzn.to/2vKkFA3

Founded in September 2002 by singer Manda Ophuis and guitarist, songwriter Hendrik Jan ‘HJ’ de Jong – and shortly thereafter completed with Sonny Onderwater on bass -, Nemesea realised quickly that limiting oneself to one specific type of music would not allow the band to fully reach their creative purpose. Nemesea’s own sound therefore became an ever evolving melting pot, combining the best possible sounds: rock, synths and electronic elements with catchy vocal lines.

Following Nemesea’s 3 song demo, the band landed their first gig in April 2003 opening for Dutch symphonic metal band After Forever in the P60 Amstelveen, continuing as After Forever’s support act for over a year.

In November 2003 Nemesea signed to a Dutch independent record company, resulting in the November 2004 release of ‘Mana’, their debut album. The combination of this release and extensive touring in Europe secured Nemesea a strong base in the European gothic/symphonic metal scene.

For their follow-up album Nemesea teamed up with crowdsourcing website Sellaband, raising $50.000 through fan investments within a record breaking period of only three months, subsequently leading to Nemesea getting into the studio in no-time, recording the album ‘In Control’ (released June 2007). Nemesea attracted top-engineer Ronald Prent (Rammstein, Guano Apes, Within Temptation, Simple Minds etc.), who mixed the album at the Galaxy Studios Belgium with Tony Platt (Iron Maiden, AC/DC, Foreigner, Cheap Trick etc.) producing the album.

‘In Control’ featured a more mature sound, combining rock guitar riffs, synths, loops with catchy melodies and vocal lines. A not so subtle change to the previous album ‘Mana’ which got the fans reeling.

@P3 Purmerend
In 2009 Nemesea released a live album following the band’s performances at the P3 in Dutch city Purmerend. As the live shows were set up in full 9.2 omni surround the audience were at the heart of the music. The album was re-released in 2014 as a special 5.1 mixed album and bundled with the 5.1 surround version of ‘In Control’, with Ronald Prent in charge of the special edition 5.1 mix of ‘In Control’.

On a tight budget, recording at their home studio, new elements were added to the Nemesea sound developed on both previous albums. This resulted in more synth heavy, somewhat darker, bigger sound with melodic arrangements. Another exciting feature is the addition to the album of three duets, one with Charlotte Wessels (Delain), one with Bulletproof Messenger-members Matt Litwin (vocals) and Marcus Klavan (DJ) and another duet with vocalist Heli Reißenweber from Maerzfeld.
For drums Nemesea attracted Frank van der Star and for keyboard player/DJ Lasse Dellbrügge. The band reached out to producer and mix engineer Joost van den Broek (Epica, Stream of Passion, Xandria, After Forever). TQR helped grow Nemesea’s fan base. ‘Afterlife’ was released as a single and video (with more than 1.2 million views). Nemesea toured extensively in Holland and Germany.

Uprise: every album a new chapter
‘Uprise’ is the title of Nemesea’s 4th studio album, released worldwide on April 29th 2016 by Napalm Records. The album title turns out to be more accurate than Nemesea first realised. It also explains why, after a Facebook-message in August 2012, announcing that Nemesea had started work on their fourth album, it would take another three-and-a-half-years to complete. Pre-production started in 2014 resulting in two songs, followed by the official recordings a year later.

With ‘Uprise’ Nemesea has evolved from a metal band to a rock band with songs to match.
‘Uprise’ is the testimony of Nemesea reminiscing after an emotional chapter of hanging on to the past whilst dealing with a new reality and allowing oneself (as well as others) to make the next step.

Recording process
‘Uprise’ was recorded at the Giesound-studios (Zwolle, Netherlands). Producer Guido Aalbers (Muse, Coldplay, No Doubt) played a crucial role. Never before in Nemesea’s history there has been a single person experiencing and supporting the whole process from start to finish.
On ‘Uprise’, Nemesea sounds exactly like what they were aiming for. It is a product of a band that has converted change into improvement, collectively as well as individually.
Together with producer Guido Aalbers they pushed for a more natural, organic, pure sound. Avoiding over-production and adding electronics as a flavour this time. More balanced with captivating melodies. Former Nemesea drummer Steven Bouma joined Nemesea again in the studio.
Altogether ‘Uprise’ is more rock orientated which suits the band and feels like coming home in a way.
From the album ‘Twilight’ was released as a lyric video and ‘Forever’ released as a single and video on YouTube. The impressive video is shot by filmmaker Patric Ullaeus (Within Temptation, Delain, Amaranthe, Europe, Evergrey, In Flames).