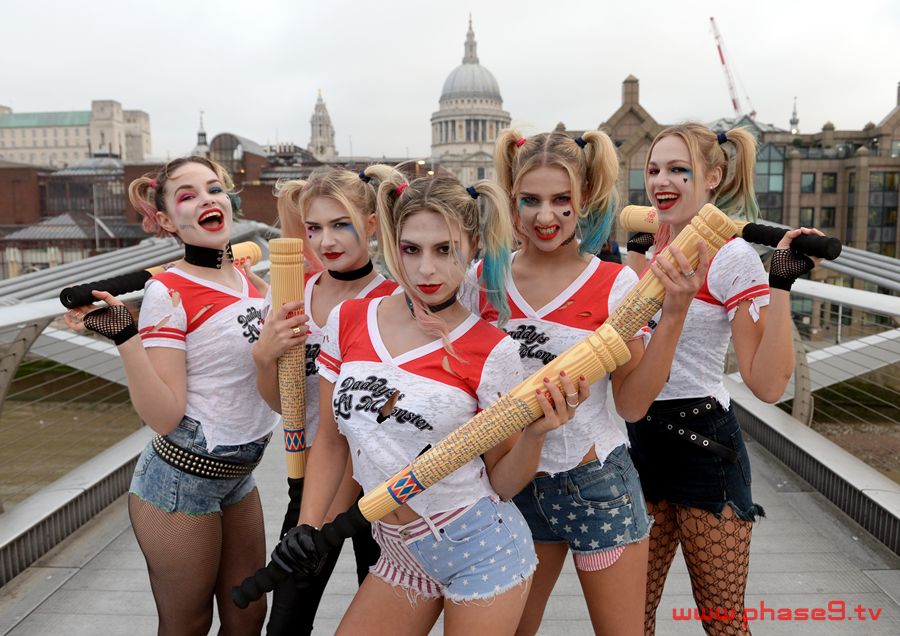 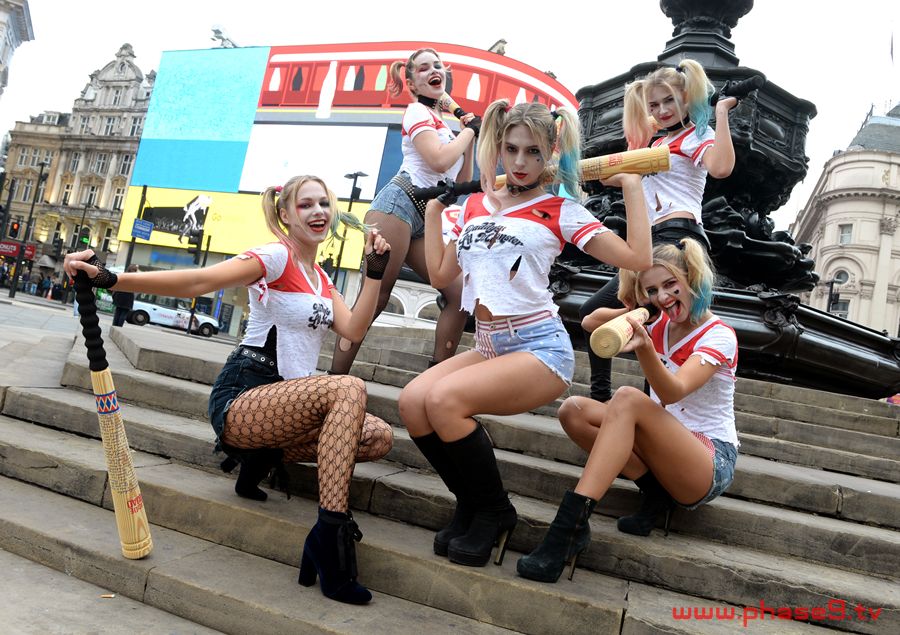 Image 2 of 5
A team of Harley Quinns took to the streets of London to promote Suicide Squad Extended Cut on digital download, 4K, Blu-ray 3D and Blu-ray.

Harley Quinn is set to be the No.1 Halloween costume of choice this year with Google Trends, earlier this week, reporting that it is the most searched for costume in the UK and US! The Suicide character, played by Margot Robbie in the film, has become a hugely popular look this Halloween as reports show that people are gearing more towards Superheroes as their costume of choice, rather than following tradition.