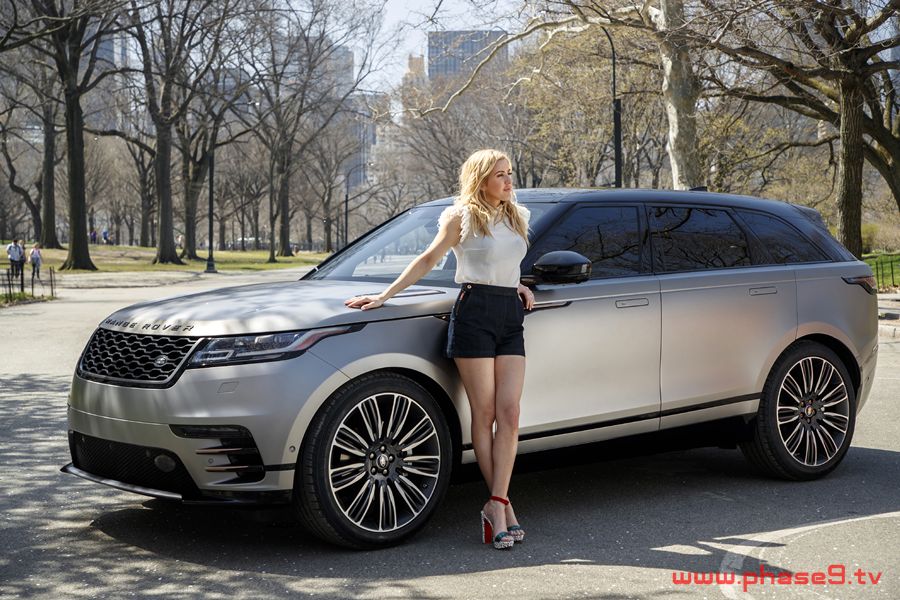 Image 1 of 5
Ellie Goulding was one of the first people to drive the new Range Rover Velar. She posed for this photoshoot in Central Park, New York.

New York, 11 April 2017: The new Range Rover Velar made a spectacular US debut with an exclusive live online performance from Ellie Goulding. The chart-topping singer’s New York show precedes a charity auction of the hotly anticipated new mid-size SUV at the East Side House Settlement Annual Gala later this week.

Goulding brought a touch of British glamour to the Velar’s US launch party when she arrived in Manhattan – the Metropolitan home of Range Rover – to be the first person to drive the new Velar and to sing for a global online audience. Her performance of ‘Love Me Like You Do’ opened the reveal event and was shown live on her Facebook page.

A Range Rover Velar will be auctioned at the East Side House Settlement charity gala, a preview of the 2017 New York International Auto Show, at the Jacob Javits Center on Thursday 13 April. The winning bidder will be among the first customers in the world to take delivery of the highly coveted new vehicle. New York remains the world’s biggest Range Rover market.

Proceeds from the gala will benefit the East Side House Settlement, a non-profit organisation providing education and social services in the Bronx and north Manhattan.

Designed to fill the white space between the Range Rover Evoque and the Range Rover Sport, Velar brings unprecedented glamour, modernity and elegance to the Range Rover family. A vehicle that has emotionally charged DNA and unquestionable pedigree, it’s the first of its kind.

Velar launches with a suite of consumer technologies, working together to create an in-built technology butler. At its heart is an all-new, cutting-edge infotainment system called Touch Pro Duo. Known as ‘Blade’ by development engineers because of its slender profile and clean surfaces, it makes the in-car technology experience clearer, quicker and more enjoyable – enhancing every journey.

Ellie Goulding and the Velar: https://www.youtube.com/watch?v=C7LxuIHOwgg