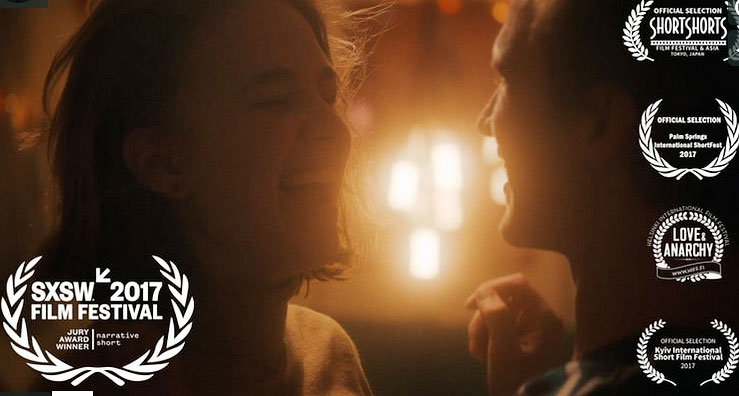 Forever Now, written and directed by Kristian Haskjold, follows the dying embers of what used to be a loving relationship. This story is close to Haskjold’s heart as it is based on his own experience with breaking up with his own girlfriend. Here we follow William (Ferdinand Falsen Hiis) and Cecilie (Frederikke Dahl Hansen), seemingly in love, you can see how much Cecilie loves William by the way she looks at him. William tells Cecilie that he is ending the relationship because he does not feel the love he once felt for her. A short while later, Cecilie asks William if there is still any MDMA left from the New Years Eve party and that they should both take it to relive the love on their last night together.

One of the impressive things about this short is the tight camera shots of the two subjects. You can read in their face or expression what they are going through. You almost feel like you are imposing in on something that should only be shared between two people and no one else. Taking MDMA releases those thoughts and feelings Cecilie and William were reluctant to say to one another. The use of quick cuts to different times of their relationship can be decisive in who the viewer would blame for the break-up. That is not what this short film is about and the end result is that one way or another love has to survive.