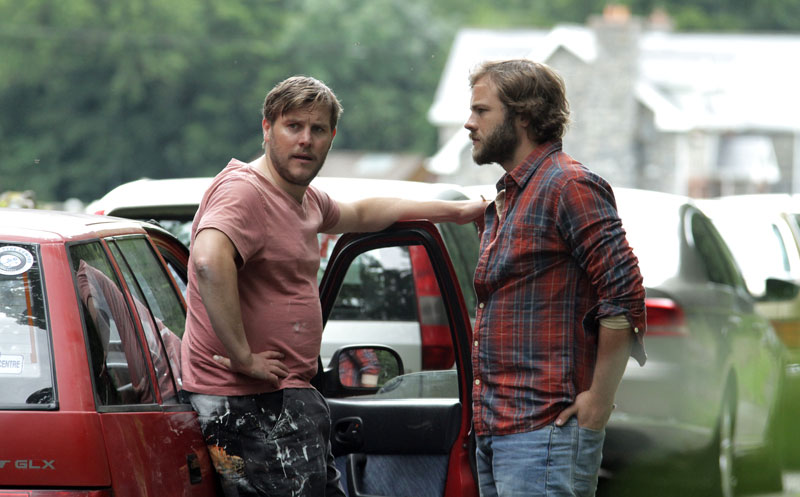 ‘Gridlock’ starts with a stressed man (Moe Dunford) driving along a country road. He’s on the phone to someone, trying hard to persuade them to look after his daughter Emma – who’s in the back seat playing with a broken doll, that should speak when the cord is pulled… but instead, it just emits an annoying sound that makes no sense whatsoever. 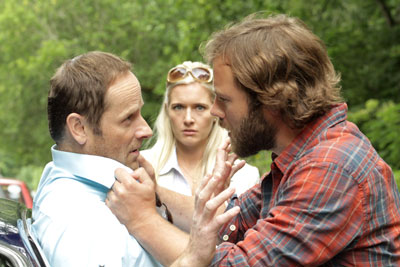 Suddenly, there’s a traffic jam, which means a stressed and frustrated father now has even more to cope with. The road is so narrow, there’s nowhere he can go, so he can’t do anything other than stop behind a line of traffic. Eventually, he goes to investigate what the hold-up is.

On returning to his car, he realises his daughter has disappeared. Now the frustration has developed into a desperate panic to find her. Okay, his daughter has gone missing, but he’s not the friendliest of people. He still manages to get the help of some of the other travellers caught-up in the traffic jam, whilst almost everyone else becomes a suspect.

Some of the interactions and decisions taken are a little far-fetched, and to me have a faint lack of authenticity and realism about them, but ‘Gridlock’ is still a pretty gripping thriller and well told. I was particularly impressed with the several different possible explanations for Emma’s disappearance, which simultaneously developed as the piece grew.

Ian Hunt Duffy has directed a very competent short film with a crisp, sharp look to it – culminating in a thought provoking twist that surprised and enthralled.