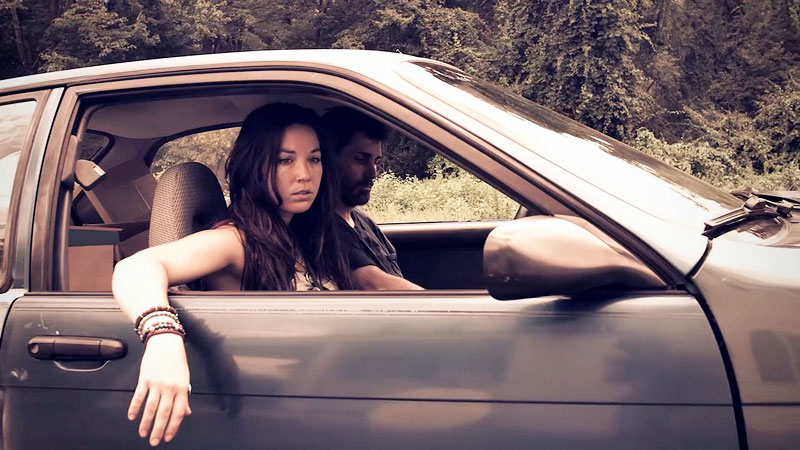 In ‘Here Lies Joe’, Mark Battle has managed to create 23 minutes of almost metaphysical desperation. Joe is a suicidal young man who attends a support group. Here he meets Z, an over the top, troubled young woman who inadvertently helps him change his outlook on life.

Awash with sepia and beautifully shot in hauntingly attractive parts of Massachusetts and New Hampshire, the whole piece boasts an impressive detachment from reality that packs one hell of a punch into the storyline.

Dean Temple’s skilful interpretation of Joe made it easy to buy into his intense loneliness and despair. Coming across as slightly disjointed from the rest of the piece, Andi Morrow as Z was less appealing but I suspect that had more to do with her character than a critique of her acting skills, however this was not enough to detract from what is ultimately a very powerful piece of cinematography.

The ending didn’t feel as cut and dried as perhaps Battle had intended but how the viewer interprets this will no doubt have its roots in their personal level of exposure to the subject matter. This is one that will linger.