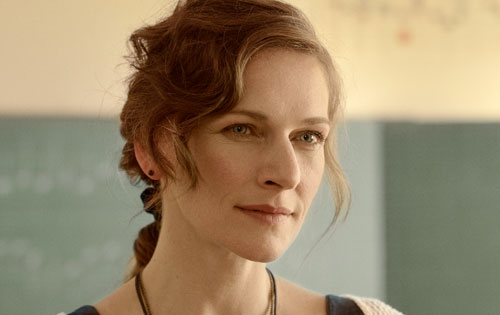 Sing (Mindenki) follows a young girl, Zsofi (Gasparfalvi Dorka), who joins a new school. It is an overwhelming experience as Zsofi tries to fit in and becomes friends with Liza (Hais Dorottya), one of the more popular girls in the school. Zsofi decides that she would like to join the prestigious, award winning school choir. Miss Erika(Szamosi Zsofia) is the choir mistress and the national competition is imminent with the winners going to Sweden to the European Choir Festival.

Zsofi joins in on the vocal warm up and traditional songs are sung throughout, but she is called aside by Miss Erika at the end of the practice. She asks Zsofi to sing a song but she is a bit flat on some of the notes. As a way of improving the choir’s chances of winning, Miss Erika tells Zsofi that she should mime instead. When Zsofi asks why, the reply she receives is that she is just not good enough and that she should not tell the others. At the next practice, Liza notices that Zsofi is not singing and asks her about it. Zsofi reveals what Miss Erika told her to do. When Liza confronts the teacher at the next choir practice, Miss Erika embarrasses Liza. Afterwards, Zsofi and Liza devise a plan to get back at Miss Erika.

This short story is well acted by the two young leads and Kristof Deák’s direction draws you in. The pace never drags and I think we have all come across similar characters depicted in this short film, whether they are pupils or a teachers. Without revealing too much, sometimes applying ones selfish belief that what is done is for the greater good turns out to be for personal glorification. Once everyone else is aware of this, it will backfire on the protagonist. One to watch out for – recommended.

The heartfelt drama Sing is based on a true story; a young girl is forced to either stand up against a corrupt system or fit quietly into it. Dealing with themes of ambition, rejection and solidarity, this powerful film was created and directed by Kristof Deák and has been receiving critical and audience acclaim, winning numerous prestigious film awards, including at two Oscar-qualifying film festivals.

Zsofi is struggling to fit in at her new school. Singing in the school’s famous choir is her only consolation, but the choir director may not be the inspirational teacher everyone thinks she is. Can Zsofi and her new friend Liza expose the cruel truth?

Kristof Deák began his career as an editor, before studying directing at the renowned Westminster Film School in London. After graduating, Deák began working in London and Budapest, directing fiction short films and for television, and is currently developing his first feature film.

Now this uplifting film has been shortlisted, along with 9 other films, for a 2017 Academy Award.