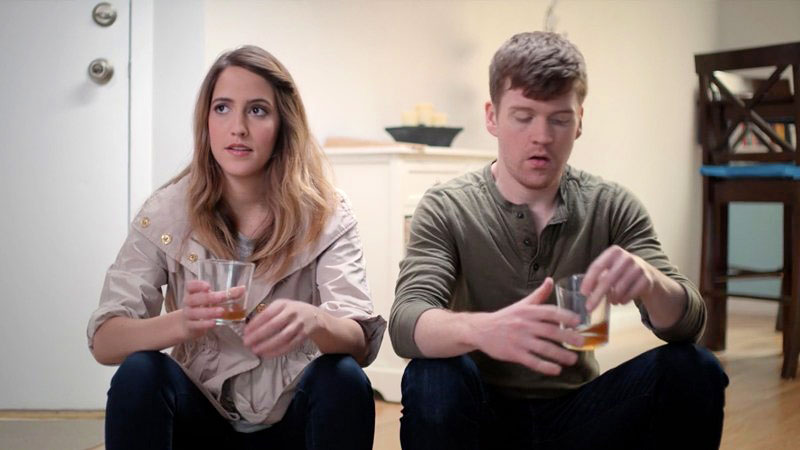 Cori is an actress with an unusual day job; she works for a company that employs actors to role play opposite real people who want to rehearse a difficult conversation.

‘Total Performance’ is a clever look at the juxtaposition between Cori’s professional and personal dealings. We first meet her performing opposite Bruce, a nervous husband who thinks his wife is cheating on him and are quickly led to two realisations, the first that she is simply a paid pawn in the game of awkward interactions and secondly that being able to offer help to others doesn’t necessarily make you a more perceptive person when it comes to your own intimacy.

The storyline didn’t really work for me on a human level and I found my attention wandering for the first 6 or 7 minutes. I wonder if this is because it’s a film that requires an attachment to the main characters but it’s hard to build a meaningful rapport with them in the 17 minute time frame, especially when some of the interactions between them felt a bit awkward. Cori is almost cold in her blunt practicality whilst Tim, her love interest, goes from being a likable rouge type to a bit of a sleaze with remarkable speed. In fairness to writer/ director Sean Meehan, the latter is one of the necessary evils of a short film.

That said, it’s a very well contrived and shot piece. The concept is interesting. It certainly raises many questions around the need for such an obscure service and it was this aspect that held my attention.

Overall I think Meehan has created a watchable little film but I suspect the subject matter could benefit from a longer run time.