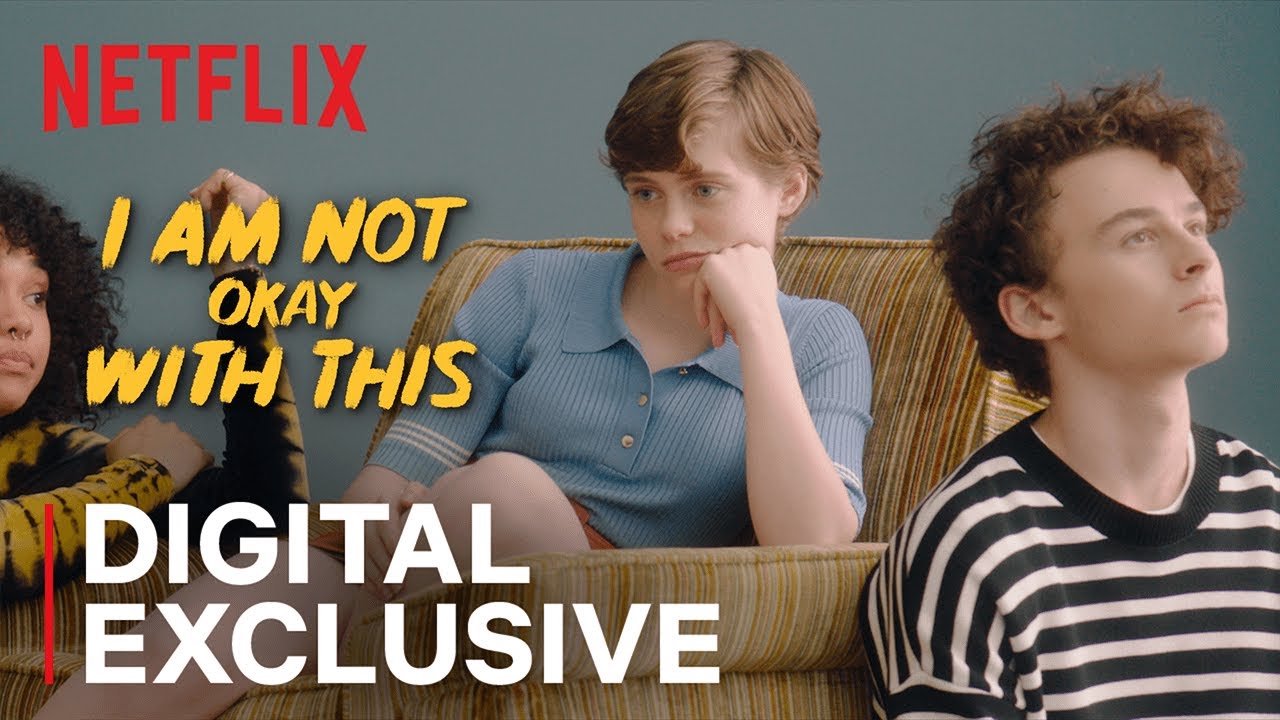 I Am Not Okay With Sophia Lillis, Wyatt Oleff, & Sofia Bryant not being okay with the dark, awkward dancing, hedgehogs, and people on TV watching TV.

From the producers of Stranger Things and the director of The End of the F***ing World comes a new series based on the Charles Forsman graphic novel.

I Am Not Okay With This BTS | Sophia Lillis & Wyatt Oleff Dance To An Awkward Song | Netflix
https://youtube.com/netflix

Angsty Syd navigates high school awkwardness, family drama and an unrequited crush on her best friend while trying to rein in her budding superpowers.