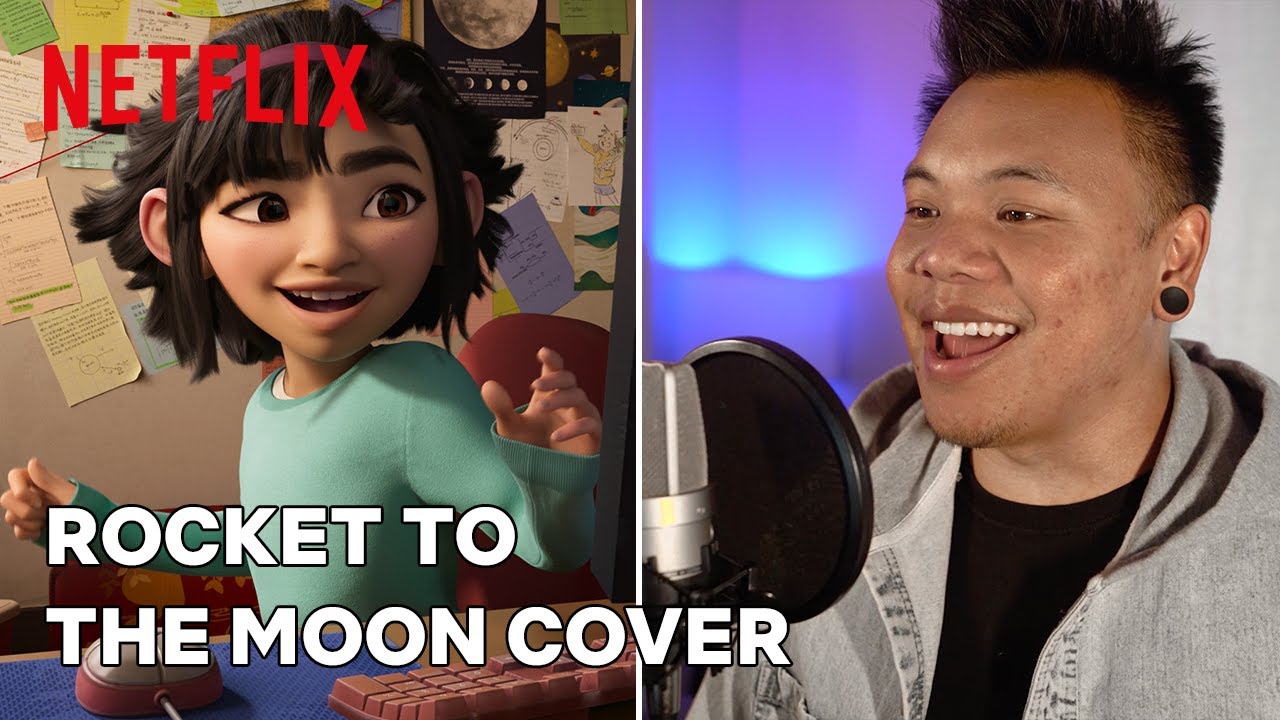 AJ Rafael covers “Rocket to the Moon”, originally performed by Cathy Ang in Over the Moon.

Over the Moon on Spotify:

LYRICS:
Magnetic levitation
Frictional cessation
That’s the key
F is force of course and
G is always gravity
Power lift duration
Gyro navigation
That could be
The thrusters are starting
I’ll be departing soon
Candles make a paper lantern fly
So tell me, why can’t I?
Astronauts they rise above the seas
So why not me?
With each piece the puzzle turns my hope into reality
Look and see
I can have lift off at one more degree
Countdown is starting and soon they will see
I think I’ve got it I’m going to be free
So hold on Bungee!
Fly away, Chang’e I am coming to you
High away
Baba I will prove it to you
I’ll be free of all gravity
Hey Chang’e I’m gonna be there soon
In my rocket to the moon

“Rocket to the Moon” AJ Rafael Cover | Over the Moon | Netflix
https://youtube.com/Netflix