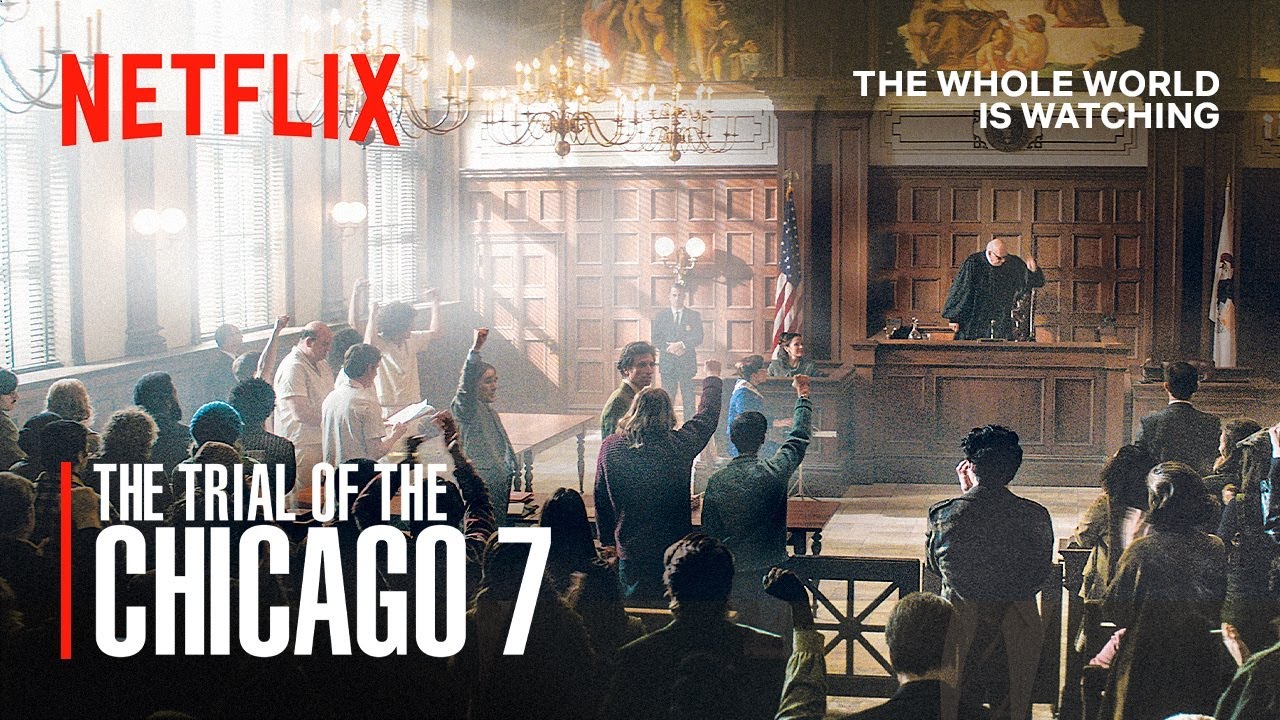 To commemorate the anniversary of the monumental trial of Tom Hayden, Abbie Hoffman, Jerry Rubin, Rennie Davis, David Dellinger, John Froines and Lee Weiner, Aaron Sorkin’s The Trial of the Chicago 7 is available globally for 48 hours.

What was intended to be a peaceful protest at the 1968 Democratic National Convention turned into a violent clash with the police and the National Guard. The organizers of the protest – including Abbie Hoffman, Jerry Rubin, Tom Hayden and Bobby Seale – were charged with conspiracy to incite a riot and the trial that followed was one of the most notorious in history.

Support the ongoing fight for justice, equality, equity and truth.

Take a deeper dive into the history behind “The Trial of The Chicago 7”: